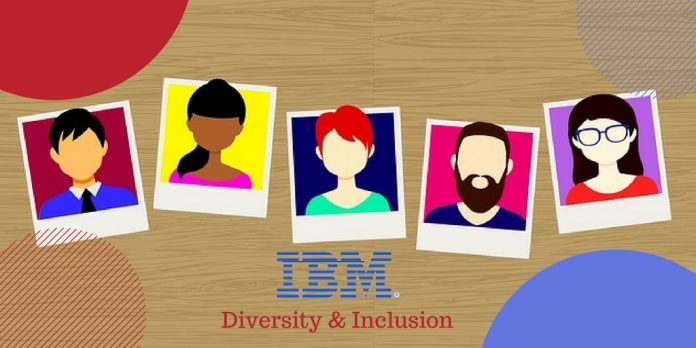 Inclusivity is an innate part of IBM’s organisational culture and is made possible by focussed groups led by diversity champions across functions.

At a time when diversity was not even a much talked about subject in the workplace, as it is now, IBM had realised it was a concern that needed to be addressed. Therefore, it looked at a few critical aspects of diversity, such as ways to bring in a more diverse group of people into the organisation, getting a buy-in from different communities, establishing itself as an employer of choice for diverse groups and the external agencies it needs to partner with, for the purpose.

To address these and to work ahead towards a more inclusive workforce, IBM commissioned eight task forces globally. This was back in 1995. It had already hired its first women and black employees in 1899 and the first disabled employee in 1914!

IBM through the lens of their group and answer the following questions:
• What is required for your group to feel welcomed and valued at IBM?
• What can IBM, in partnership with your group, do to maximise your productivity?
• What courses of action can IBM take to influence the buying decisions of your group?
• Which external organisations, that address the interests of your constituency, should IBM have a relationship with?

Today, IBM is at a stage where its workforce is diverse enough to address issues, such as conscious biases in the workplace, than simply struggling to get the workforce balanced. Roopa Wilson, diversity & inclusion leader, IBM India/South Asia, shares that the discussions at IBM have shifted from bringing in work–life balance to ensuring strategic work–life integration.

She says, “The D&I journey of IBM began in the 20th century, with a belief that every employee has to be valued and there should be no discrimination of any sort. By the late 1900s the focus had progressed towards eliminating any kind of workplace barriers and providing an enabling environment to people.”

Be it allowing flexible work hours for supporting work–life balance for women or looking at specific job roles that can help bring in people from diverse backgrounds and communities into the organisation, IBM made strategic efforts to build a diverse workforce.

The D&I journey of IBM began in the 20th century, with a belief that every employee has to be valued and there should be no discrimination of any sort. By the late 1900s the focus had progressed towards eliminating any kind of workplace barriers and providing an enabling environment to people.

Wilson believes that if businesses essentially focus on inclusivity, diversity will simply fall into place. “It’s not just about building an infrastructure or having the right kind of policies, but about questioning the status quo,” she says.

Inclusivity is an innate part of the organisational culture and that is possible through focussed groups led by diversity champions across functions. With that it established diversity network groups, which are actually volunteer employee groups that come together with the goal of enhancing the organisation’s success through meeting, teaming, networking, mentoring and coaching. Now also termed as the ‘business resource groups’, these are led by diversity champions across functions, who become the face and voice of the diversity agenda.

The business resource groups are talented groups of diverse IBM professionals, whose mission is to engage IBM’s diversity network groups, constituencies and communities in a transformation process that enables them to better support its people, clients and business. The groups consist of employees who voluntarily come together with the ultimate goal of enhancing the success of the business and people, by helping their fellow IBMers succeed.

Wilson shares that such focussed efforts and dedicated initiatives have enabled the organisation to bring in a cultural transformation. One such initiative is, Tanmatra, IBM’s cross-industry women’s leadership development programme conducted in collaboration with the Indian Institute of Management, Bangalore (IIM-B). The programme is designed for high-potential women from industries including IT, banking, pharma and manufacturing.

In addition, it also conducted a consortium to support the transgender community last year, helping them enter mainstream jobs. Termed ‘Project Vayati’, it was instrumental in providing a thought- leading voice to the topic via the formation of a consortium of 25+ companies on LGBT and inclusion at workplaces. Wilson shares, “Project Vayati was an outcome of the IBM-led consortium focused on empowerment and employment of the marginalised transgender community in the formal job sector.”

With dedicated resources, focussed efforts and the belief that a diverse supplier base is integral to the Company’s profitability and strategic objectives, IBM has not only been able to keep its workforce significantly diverse but has also been acknowledged for the same at various forums. Most recently, it has been recognised as the ‘Best Employer for Persons with Disabilities’ by the Ministry of Social Justice and Empowerment, Govt of India.

How HR deals with workplace misunderstandings

Apollo Munich Health Insurance: Bringing some fun into the workplace