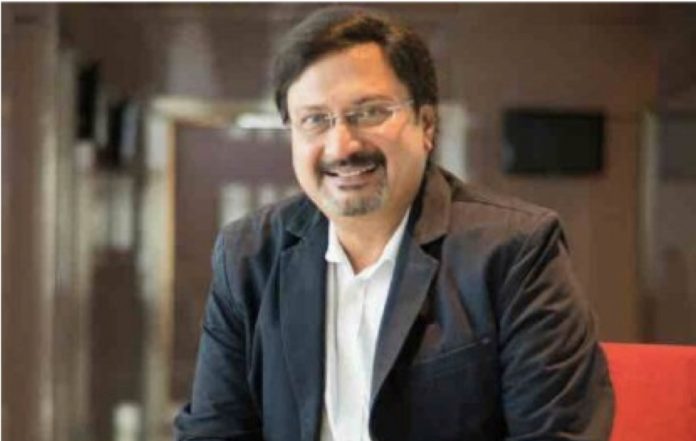 The Landmark Group has launched an initiative to ensure its people are happy at work and see pride, positivity and a sense of purpose in their jobs.

Happy employees mean happy customers. This is something that most organisations know and believe in but not many are able to execute at the ground level or across levels. However, standing true to its name, the Landmark Group has just launched a landmark initiative that ensures its people are happy at work and see pride, positivity and a sense of purpose in their jobs. The initiative is called the ‘Landmark Happiness Movement’ and is designed to encourage camaraderie amongst people across levels.

It all began in the Middle East, in Dubai, when Nisha Jagtiani, executive director and chief happiness officer, Landmark Group, realised that the region had less focus on people, more contractual employees, and no work-life balance. This is why attrition was high and people really failed to see it as a career rather than a mere job.

Jagtiani wanted to change this. She knew retail is a difficult industry to be in, where one needs to be patient, perseverant, composed and smiling, despite long standing hours and tiring work regimes. With that, she also believed that business would never flow in until, the people on the floor and across levels in the organisation are happy and see meaning in what they do.

Venkataramana B, group president -human resources, Landmark Group India, shares that jobs in retail look glamorous from the outside — with crisp uniforms, swanky workplaces and so on. However, the reality is that most people find it difficult to handle the job after joining in, which is why attrition is also really high in the industry.

“We wanted to create a work environment that makes people excited about coming to work, especially the millennials who seek such impetus to be able to enjoy work,” Venkataramana says.

The Landmark Happiness Movement was thus launched last month to reinforce the values, such as passion, speed and simplicity, innovation, ownership and entrepreneurship, that forms the core foundation of the Group’s philosophy of creating exceptional value.

This people-led movement also saw the roll-out of several initiatives to connect employees, increase overall engagement, encourage work–life balance and drive focus towards employee wellness. Venkataramana further says that “The idea behind the movement is to show respect for employees and instil fairness, camaraderie and equality amongst people across levels. It is also about making fun and enjoyment an integral part of work.”

Venkataramana shares that in order to encourage these values everyone at the launch wore specially created yellow t-shirts, bringing in a lot of harmony. From the directors and the entire top management team to the shop-floor staff, everyone participated in the launch making it a fun and inclusive event.

In addition, the first Friday of every month is now a Yellow Day when the 450 locations across the country indulge in fun and engaging activities, such as Yoga, Zumba, wellness sessions on health, investment planning and so on. Yellow being the colour of happiness, the idea is to provide people a holistic experience, making each one an innate part of the movement.

Driven by a happiness team at its core, the movement has identified ambassadors across the business to drive the initiatives being rolled out. It follows a top-down approach, wherein a Happiness Champion has been identified for each territory from amongst the business heads, and Happiness Ambassadors have been selected from the second line of business leaders. These ambassadors and champions plan activities and ensure the happiness mantra is adapted seamlessly across locations.

The Landmark Happiness Movement, especially the interactions on Yellow Day, have benefitted the people greatly. Venkataramana shares that sandwich leave was an industry-prevalent practice earlier, but during interactions with the workforce on Yellow Days, it was observed that it was one of the pain points for people, and hence, they abolished sandwich leave for all Landmark employees.

Similarly, the Company also has a leave bank—any person’s lapsed leaves are stored in the bank and in case of an illness of self or family, one can utilise 10 additional leaves other than the usual medical leave, when required.

Apart from these benefits, Venkataramana says, “The movement is designed to let people feel equal, enjoy and have fun while working hard.” In times when happiness at the workplace is essential yet difficult to achieve, the ‘Landmark Happiness Movement’ is commendable. It not only connects people, bringing them together on one pedestal, but spreads a feeling of belongingness and happiness on such a large scale.

Attrition is infectious: how to deal with it

Why ’empathy’ is trending in the post-pandemic workplace