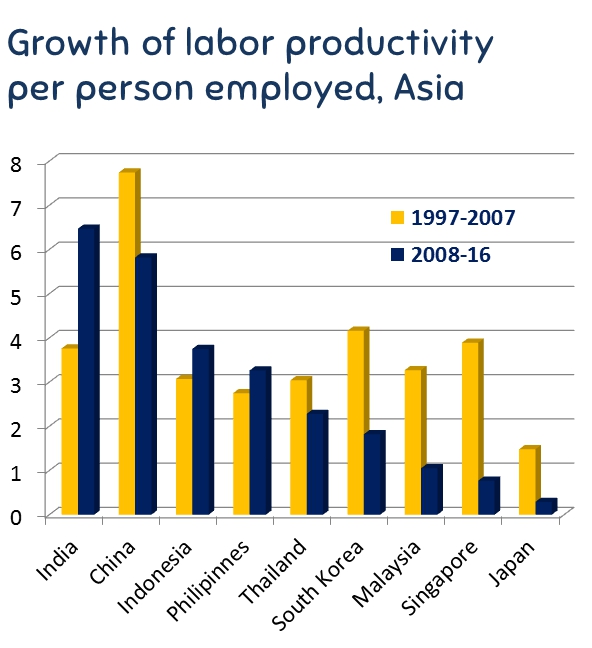 According to the Workforce Analytics Institute, rising wage pressure, lack of skills to leverage technology, ineffective leadership and low engagement levels are making it difficult for firms to deliver productivity gains in Asian countries.

In Asia, most markets have recorded a slump in labour productivity, except for India, Indonesia and Philippines. In fact, the global decline in productivity growth is a serious threat to competiveness and profitability of organisations.

According to WAI (Workforce Analytics Institute), a partnership between The Conference Board and Mercer, rising wage pressure, lack of skills to leverage technology, ineffective leadership and low engagement levels are making it difficult for firms to deliver productivity gains.

“In Asia, where the demand for skilled labour far exceeds supply, companies in the region are encountering substantial difficulties. They are realising that the link between productivity and business performance is one of the key resources of an organisation, and if effectively managed, can lead to significant payoffs,” he adds.

“Gone are the days when productivity could spike simply with the introduction of technology. Going forward, companies need to be more innovative,” Mehta quips.

Designing incentive schemes to motivate employees, or creating physical and virtual workplaces that promote teamwork, collaboration and engagement are also ways to provide a healthy environment for high performance.

Why companies should have a ‘most vocal employee’ award