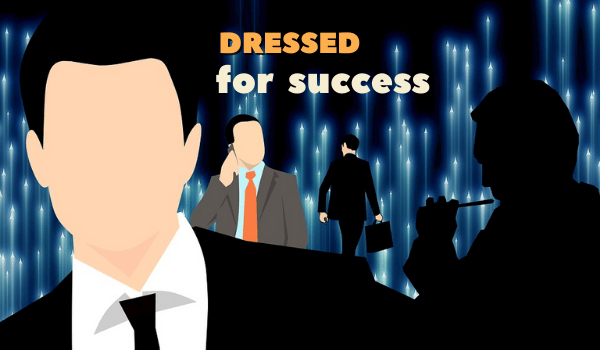 Enclothed cognition is about the impact of clothing upon mental processes — in the way we think, feel, and function in the areas of attention, confidence and abstract thinking. Based on an experiment in 2012, the term was coined by Hajo Adam and Adam D Galinsky.

Going by this logic, now that we are all in our pyjamas and loose tees while we tele-work from the comforts of our home, does this imply that the approach towards work is also getting more casual and eventually affecting productivity?

For many, being appropriately dressed for work has come to mean casual below the waist and formal above.

A general belief is that managers do not care what the employees wear or how they work, as long as they get the work done.

That cannot be entirely true. Imagine a conversation between an employee dressed in pyjamas, seated on his bed, with a senior manager who is in a pair of bermudas and a t-shirt, with a coffee in his hand. This is good till the time the webcam is switched off.

However, when such conversations happen over a video call, it allows the juniors to see a person of authority — with whom they have only interacted in a formal and official setting — in a casual avatar.

Now, this can impact both ways.

One argument is that the employees may realise that their boss — whom some may worship or idolise — is just one of them; or is like anybody else. Such a casual interaction may help them discard their inhibitions and connect better with their senior leaders. This can increase team bonding and improve communication.

On the flipside, seeing their bosses in workout clothes or leaning against a pillow may cause them to let down their guard, and be overfriendly and less serious. This can adversely affect productivity, as the boundary between friendliness/seriousness and professionalism may become blurred.

“Changing from a round-neck t-shirt into one with a collar itself brings about a huge change in one’s appearance and mood. A proper shirt is even better, and helps me get into the groove. The team members in the organisation have always seen me in formal wear. If I suddenly appear before them in a t-shirt and lowers, the whole professional image will be ruined, and I may end up as a joke.”

Where are we headed?

The fact is that the pandemic has played havoc with our routines. In March 2020, at the beginning of the lockdown, people were so gung-ho about how remote working had increased productivity, and how it had allowed them to relax and spend quality time with their families.

A month or so later, there were memes galore on how employees managed to cradle wailing babies while attending official calls; how a shirt and tie worn over a pair of shorts could achieve the required ‘formal’ look in under 30 seconds for official video calls.

But now that we are all going to work from home for long, does this also imply that the spruced up corporate look will go out the window for good? Will corporate dressing be the next victim of the pandemic, just as coffee breaks and workplace camaraderie?

Many studies suggest that casual appearances can help people open up and become more friendly and agreeable, whereas formal clothing helps instil a sense of authority and power.

Therefore, ‘getting dressed for work’, even while working from home, can actually make people get into the ‘official work’ mode, perform better and be more productive.

The ideal thing to do would be to adopt a middle path. Go for an appearance that says ‘I have discarded my tie/ suit, but I mean business’. A look that means ‘I have been involved in domestic chores all this while, but right now, my official work has my full attention.’ How difficult can it be for men to don a crisp shirt and comb their hair before facing the camera? Even if there is no video call scheduled, no harm in looking semi-official. Women can plan their routine to fit in enough time to brush their locks, wear a decent top, kurta or may be even a good dupatta and apply a dash of lipstick before logging in to a zoom meeting. It does have a positive influence on the psyche.

For those in client-facing roles, certain etiquette is mandatory on video calls.

Says Pooja Nair, manager-customer engagement, British Medical Journal, “On video calls, it is best to appear formal and presentable, whether one is interacting with Indian or international clients.”

“I feel, we Indians are way more formal, as that’s how we have been conditioned. Besides, we want to be taken seriously by our clients, and that may not happen if one is in a messy bun or casual top,” she adds.

A survey by QS Supplies, a furniture and bathroom supplies company, reveals that 37 per cent of the respondents (working from home) feel they are less productive because they are not giving much thought to their appearance any more.

Satish J Kurpad, GM-HR, Velocis, is of the opinion that changing from a round-neck t-shirt into one with a collar itself brings about a huge change in one’s appearance and mood. “A proper shirt is even better, and helps me get into the groove. The team members in the organisation have always seen me in formal wear. If I suddenly appear before them in a t-shirt and lowers, the whole professional image will be ruined, and I may end up as a joke,” he adds.

Personally, Kurpad is of the opinion that appearance does matter when speaking with clients. He cites an example where someone was trying to strike a deal with him over a video call. The person was not only dressed in an overly casual manner, but was visible unkempt. To top it all, there was a lot of movement in the background of other family members, which did not seem to bother him. However, to Kurpad, he gave an impression of not being serious about the deal at all.

“i feel, Indians are way more formal, as that’s how we have been conditioned. Besides, we want to be taken seriously by our clients, and that may not happen if one is in a messy bun or casual top DURING A VIDEO CALL.”

Being an HR professional, Kurpad is also aware that many of his team-members in the Company are single. Some may not even have the facility to iron their own clothes at home. For such people, it can be quite a challenge to look presentable and spruced up for calls, especially during a lockdown. “As an organisation, we had to be considerate. Therefore, we do not insist on everyone keeping the video on during internal official meetings,” points out Kurpad.

Technology to the rescue?

While there is technology to change the background, there is no technology yet that can make a person, who has just woken up from slumber to appear fresh. An app is yet to be developed that can change a person’s casual or informal attire into formal business wear for official Zoom meetings. Until that happens, employees should try to bring in some amount of discipline into their ‘dressing’. Simply giving a structure to their day and organising their work schedule will not enhance their productivity, unless they organise their appearance too.

How Jindal Stainless is leveraging tech to achieve its learning goals