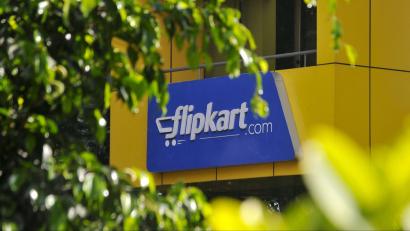 The founder CEOs of successful companies are like ‘heroes’ who have emerged winners after many struggles and countless defeats. The employees generally place them a notch above regular CEOs. They are taken to be leaders or mentors, while the regular CEOs are perceived to be only good managers.

Now, when a situation arises, where employees feel their heroes are being victimised, or the leader is caught in a wrong act – there is bound to be a sense of discontent, displeasure and disagreement.

They may or may not voice their displeasure on an official platform. However, they will certainly discuss the same in closed groups and that has a cascading effect on the overall confidence of the Company’s workforce.

There are implications on the morale of the employees, the culture of the enterprise and devaluation of the employer brand value propositions (EBVP) in organisations where founders, board members, CEOs and other KMPs are accused of or found indulging in such misconduct.

In the case of the founder CEO’s exit at Flipkart – we are not getting into the debate on who is wrong or who is right – the way the situation appears to have been handled by the Flipkart Board, its management, HR dept and by Binny Bansal himself as the founder CEO, and the media trials to boot– the company is in a big mess.

The CEO indulges in a sexual relationship at the workplace – consensual, oppressive. In the context of Indian culture, the leader loses his moral values. For a celebrated CEO, the expectations are much higher. It’s because we Indians put our heroes above humans and expect that kind of character.

Internationally though, even heroes are considered to be humans. This is why most well-governed companies in advanced markets, have a confidential disclosure policy on this subject.

Employees being work colleagues who are in a mutual/consensual relationship are expected to make a highly confidential disclosure of the same to the ‘chief integrity officer’. This protects the ‘work colleagues in relationship’ – (WCR) from accusations if such relationships subsequently go sour. This also helps the organisation to ensure that contentious HR decisions pertaining to the WCR (placements, promotions or rewards) are managed differently and at arms length from each other, if one of the WCR was in a decisive controlling situation qua the other partner.

Adil Malia, a senior HR leader and now CEO, The Firm, says, “It’s high time that Indian Cos wake up and smell the coffee. More and more such skeletons are tumbling out of corporate closets and they rather adopt precautious policies to protect their reputations.”

In case of Flipkart, even in the due-diligence process, the leader did not show great transparency vis-à-vis information about facts of this case. His style reflects deficiencies and lapses in leadership character.”

“We are living in the transitory churn in style and governance. Tectonic shifts are being noticed. Rough edges from our classical model of leadership need to be sufficiently polished. Leadership character is as important as business genius,” Malia adds.

In India, under POSH at Workplace Act, the company’s pre appointed ICC has to investigate it first, whenever there is a complaint raised by a woman employee.

In case of Flipkart, an external security agency was appointed to ‘handle’ the matter.

Malia says, “It’s a total breakdown in its policies. This reflects the ‘handling through bouncer type (outside the framework) preferred mechanism and style of leadership. This speaks of the culture of the enterprise.”

“We are living in the transitory churn in style and governance. Tectonic shifts are being noticed. Rough edges from our classical model of leadership need to be sufficiently polished. Leadership character is as important as business genius.”

If it was a genuinely wrong complaint, it was for the ICC to arrive at that conclusion in due process. That should have been the stance.

The question is whether employees can rely on and trust such poorly-executed policies.

Manish Majumdar, head – HR COE, Novo Nordisk, has a completely different take on this entire episode. He believes that a strong message has gone to the employees of the company that whoever misbehaves in a professional environment will be punished and penalised.

“People will see that the management is fair and whoever is involved in such kind of misconduct, whether he is the founder or a co-founder, action will be taken. This will also boost the confidence of the women employees and their faith on the management will enhance,” Majumdar says.

The fact is that none of such contentious ‘hot issues’ in a company can remain under wraps. The Board at Flipkart has failed in its custodial supervisory responsibility to ensure that critical processes of fair governance are duly followed.

How can employees and other stakeholders rely on any decision of such a Paper Board or expect it to protect the employees’ interest should such a need ever arise ?

“People will see that the management is fair and whoever is involved in such kind of misconduct, whether he is the founder or a co-founder, action will be taken. This will also boost the confidence of the women employees and their faith on the management will enhance.”

“We have just about witnessed ineffective board management in the ICICI scam,” quips Malia.

Clean governance, fair-play, protection, safety and security are the five domains broadly covered in such a domain. Extrapolating these cases, the devaluation in EVPs is but natural.

However, what is also needed is to take into consideration the stage at which the promoter is, in the company’s lifecycle. For instance, if the promoter continues to be the CEO or the founder then it will definitely impact the organisation’s EVP. In case the organisation has moved beyond its promoter, then it won’t make much of an impact.

What had to happen has happened. Now it’s for the new leadership to take control of the situation.

“Organisations can overcome these situations by appointing good leaders who can bring a change, restore balance and be transparent with their decisions,”says Sailesh Menezes, director-HR , Hewlett Packard Enterprises India.

“The employees will start to think whether the company will survive or not. Here, the new leadership will play a big role.”

The challenge for the company will be to focus on the talent and undermine the loyalty factor of employees. It is natural for the loyalists of the founder, who have worked and grown with him will not be happy with the decision. The performance of employees who idealised their founders, will bear a negative impact. If the company can remain unbiased and neutral, it can turn the tide.

“The employees will start to think whether the company will survive or not. Here, the new leadership will play a big role,” adds Menezes.

Kevin Freitas, CHRO, Dream 11, who has worked with Binny Bansal as well as the current CEO, Kalyan Krishnamurthy, says, “Leadership loss is usually always perceived as negative to employee morale but what matters is whether the organisation and its people trust those who step up to fill the void. Having worked with both Binny and Kalyan, who are excellent leaders Flipkart will not miss much of Binny as he is still on the board and still associated with Flipkart.”

Malia opines that if he is the strategic HR director, he would immediately work on internal communications and internal confidence- building sessions alongside other process-strengthening measures.

“Leadership loss is usually always perceived as negative to employee morale but what matters is whether the organisation and its people trust those who step up to fill the void. Having worked with both Binny and Kalyan, who are excellent leaders Flipkart will not miss much of Binny as he is still on the board and still associated with Flipkart.”

Certainly the tree has grown very high but has lost its roots, which bind it to the ground. The Company will need to strengthen its roots to stabilise itself in the face of heavy winds.