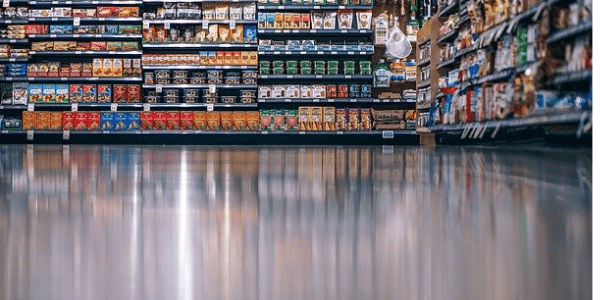 Like many other sectors and industries, the retail industry is facing a tough time due to the lockdown and coronavirus scare.

Due to the pandemic, by the end of February, business had dropped by almost 75 to 80 per cent. In the past one and a half months, it has further reduced by 85 per cent, according to official data from the Retailer’s Association of India (RAI). This implies that modern retail would have done a business of less than Rs 10,000 crore in February and Rs 6000 crore in March.

Cumulatively, this means the sector would have lost business worth around Rs 70,000 crore in the last two months. With the cost of real estate and the workforce remaining intact in these two months, simple calculation can show the losses incurred by the modern retail companies!

“We expect a hit. Productivity is low, minimum wages are going up and business is getting tougher. So, attrition may happen, but we are not taking any action on that right now”

With such alarming revenue losses, jobs and employment are going to become a tricky and grim topic for the Indian retail industry in the times to come.

The revenue loss is incurred not just by the non-food retailers, but also by those selling essential goods. Stores that sell perishables and essential items have been allowed to remain open during the lockdown. However, they are incurring loss in revenue as they are unable to sell other general merchandise, which brings them higher margins. Overall, there has been a significant impact on apparel, jewellery and consumer durables, as well as IT (CDIT) retail.

Kumar Rajagopalan, CEO, RAI, says, “If the lockdown continues till June, then we will be staring at a scenario, where 30 per cent of the retail stores are shutting shop for good, leading to 18 lakh people losing their jobs.”

However, the modern retail companies seem to be quite hopeful in making a comeback or trying to resolve the immediate issues, rather than looking at a not- so-distant future. Due to the lockdown, the ones which sell essentials, are currently facing a shortage of staff.

Naresh Kumar Puritipati, CHRO, Spencer’s Retail, says that in its 160 stores across the country, on an average, the staff count rested at 17 per cent of the total. Now, over time, it has managed to increase attendance to 51 per cent, which he adds is an adequate number to run the business.

Organisations, such as Reliance Retail, are looking at companies within their Group to help out with the staff scarcity. At this point of time, employers cannot force people to come to work. Employees are either unwilling or unable to report because of logistical reasons.

Stores are providing incentives to employees who are willing to come to work, such as transport allowance and facility, local government-approved passes and ID cards to facilitate their travel to work as well as financial incentives, such as a 100 per cent on sales. Some stores are even providing staff with fixed daily rations to take back home.
In many stores, the senior and mid-level management are making up for absentee frontline staff. According to Puritipati, store managers at Spencer’s are even preparing and serving food to the employees.`

“If the lockdown continues till June, then we will be staring at a scenario, where 30 per cent of the retail stores are shutting shop for good, leading to 18 lakh people losing their jobs”

Senior executives at retail companies opine that the loss of employment, is due to the environmental factors and not the employers.

Venkataramana B, group president-HR, Landmark Group, says that his company isn’t looking at laying off people at the moment but he can’t assure of the same in the long run “We expect a hit. Productivity is low, minimum wages are going up and business is getting tougher. So, attrition may happen, but we are not taking any action on that right now.”

“No retailer will let go of people at this point of time. However, if the lockdown gets prolonged, the impact on the business will be huge and only people who are competent will stay,” says Venkataramana.

Cash flow and affordability are a major problem. Even the Central Government has reduced salaries of its employees considering the loss of revenue. Reiterating the fact that there is no plan around the upcoming possibility as of now, Venkataramana feels that should that come to pass, employers will struggle to look after their employees. There are fixed costs, such as rent and salaries for the organisations and for the employees as well.

“If the money does not come in, companies will find it tough to take care of their employees. If business does not pick up, things may be very different from what they are today,” asserts Venkataramana.

As for the case of increments, they may be cancelled, reduced or postponed till the next quarter or year.

“Due to Government mandate on organisations to protect workers’ jobs, no large retailer will opt to fire employees at the moment. However, the same cannot be said about the small retailers who retain their discretion to fire their employees”

Who are in danger?

Venkataramana is of the opinion that in the event of layoffs becoming inevitable, decisions will be made according to productivity and competency. While firing, HR will look at the bottom 10 per cent as is the usual case. He explains that at the lower level, no stringent action will be taken, keeping in mind Government mandates and resistance from local unions. “People are not even talking about it right now; only after lockdown lifts will the full-scale impact come to light,” he clarifies.

Puritipati reiterates Venkataramana’s point, saying that, due to Government mandate on organisations to protect workers’ jobs, no large retailer will opt to fire employees at the moment. However, the same cannot be said about the small retailers who retain their discretion to fire their employees.

Rajagopalan shares, “We have written to the Government of India requesting for a relief package for the retail industry in the country, similar to what the governments of Singapore, UK and the US have announced for retail industries in their respective countries.” The US has signed off a $ 2 trillion coronavirus relief package to sustain the economic downturn. Singapore is set to release $ 33.8 billion as a relief package. In both cases, the relief amounts are believed to be the largest in either country’s history.