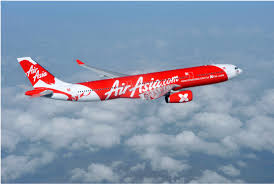 In the wake of all commercial flights being suspended till May 3 due to the lockdown, AirAsia has reportedly decided to deduct its employees’ salaries by up to 20 per cent. Such an action has been taken as a cost-cutting measure.

But those who are drawing salaries upto Rs. 50,000 a month or less can heave a sigh of relief, as they have been exempted from the list.

The Bengaluru-headquartered budget carrier is the latest to join the list of domestic airlines, such as IndiGo, SpiceJet and Vistara, who have already taken similar measures to cut fixed cost amid grounding of their fleet long ago.

A source close to the Airline’s development has claimed that “AirAsia India has cut the April salary of its employees by up to 20 per cent. The senior management will take a pay cut of 20 per cent while the wages of the executives falling in others categories have been reduced by 17 per cent, 13 per cent and 7 per cent, respectively.”

The same source also claimed that post this development, there has been no news of including employees earning below Rs.50,000 in the list for wage cuts.

MGNREGS comes to the rescue of those rendered jobless due to...