Four employees of Google, who recently got terminated, will be filing charges against the Company alleging unfair labour practices. They believe they were fired because they spoke out about the controversial practices of the Company. Therefore, they have approached the National Labour Relations Board with a request for the matter to be thoroughly investigated.

Laurence Berland, Paul Duke, Rebecca Rivers, and Sophie Waldman, the four employees in question, are certain that they lost their jobs because they spoke about Google’s controversial government contracts. Having been involved in signature campaigns and organising walkouts in the Company, the four have reportedly stated that they are filing charges just so that the existing employees are not scared into remaining silent.

The four employees claim that they were only involved in legal labour organising and had not done anything wrong or illegal. One of them admitted to having organised lunches in his office and actively working to gather together the workers for protected activity. One of the four has worked for the Company for over a decade and is certain that they were terminated to suppress the other employees and scare them.

However, Google responded by emphasising that it does not tolerate retaliation in the workplace and that the said workers were terminated simply because they violated company policies several times. The Company accuses them of breaching data security policies and of accessing and leaking information and work belonging to their co-workers to people outside the Company.

HRK News Bureau - June 1, 2020
0
With millions of migrant workers roaming around without jobs in Uttar Pradesh, the state government is planning to amend the UP Food Processing Policy... 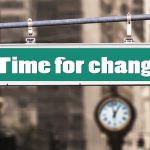 Why ‘lala companies’ must transform to compete globally

Deep Ghatak - May 26, 2020
1
Modi’s five trillion dollar economy now seems like a pipedream post Corona, given the number of years we’ve gone back in terms of GDP...