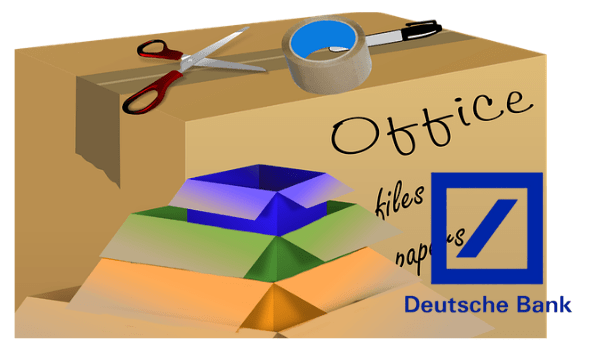 Deutsche Bank is deliberating moving from its bigger office in Wall Street, New York to a smaller office in Time Warner Centre near Central Park. If finalised, the move may result in its New York staff being reduced to half, over the next five years.

The German bank realises that a decentralised presence is cost effective, and allowing employees in low-cost areas throughout the US to work from anywhere is working in its favour. It is hoped that New York will remain a significant hub. However, the move to smaller offices puts half the workforce under threat of being laid off.

Earlier this month, the Bank had revealed its intention to lower its 2022 adjusted costs by $363 million, higher than what had been previously announced. This is all due to the pandemic that has changed work habits and the way offices are functioning today.

Twitter, Google and Facebook have already announced their plans to continue with the work-from- home arrangement till mid-2021. Several banks are seriously looking at ways to shuffle their office locations and adjust the on-site work after the pandemic begins to wane. Deutsche Bank already has 2,000 staff in Jacksonville, Florida in its human resources department , whereas it has about 600 employees in its risk team.

The Frankfurt-based bank intends to leave its iconic offices at 60 Wall Street for its new headquarters at Manhattan’s Columbus Circle sometime next year.

Employees in the UAE can look forward to good increments