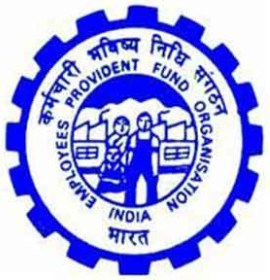 This is in response to the concerns that firms may let go of existing employees and hire replacements to avail the incentives.

In his February budget statement, Finance Minister Arun Jaitley declared that from April 1, this year, the Central Government will pay the employee pension scheme (EPS) contribution of 8.33 per cent for all new employees drawing a salary of up to Rs 15,000 a month. Following this announcement, there have been concerns that organisations might let go of existing employees and hire new workers to avail the benefits.

In order to ward off unethical ways like these, the Government has now specified that companies will have to increase the headcount they had, as of March 31, this year, to qualify for the benefits in the current financial year. The Labour Ministry has now said that March 31, 2016 will be the base over which it will pay companies if they create new jobs in the current financial year. Similarly, in the next financial year, the base will be March 31, 2017. The finance minister has set aside Rs 1,000 cr. in 2016–17 for this purpose.

Employees drawing a salary of up to Rs 15,000 a month mandatorily pay 12 per cent of basic pay as employees’ provident fund (EPF) contribution. A similar amount is paid by their employer under two heads — 8.33 per cent under EPS and the remaining 3.67 per cent as EPF. Both EPS and EPF are managed by the Employees’ Provident Fund Organisation. In most cases, this EPS portion is also part of the employees’ overall salary, which the Government will pay for fresh hires now.

So, if the Government pays 8.33 per cent as EPS contribution, an employer will not have to deduct that money towards EPS, and the portion can then be added to the employee’s take-home salary. In the textiles sector, the Government will pay 12 per cent of the salary of new recruits.

It also means that from April 1, in cases where employers contribute to the EPS corpus above the total salary amount of a low-paid employee, it’s the Government and not the employer that will pay this amount. Companies registered after April 2016 can claim financial incentives from the Government for all eligible employees as they don’t have a base year.

Fresh hires are those who have not worked earlier, don’t have a universal account number (UAN) and haven’t made an EPF contribution, as per the follow-up guidelines shared by the Government among various ministries. According to the new guidelines, to avoid any duplication, the Government will verify the number of people employed in a company through the electronic challan-cum-returns or ECR (that companies file to submit PF contributions online), as well as UAN and PAN details to ascertain whether a person was employed previously.

G7CR Technologies to offer benefits of Rs.1 lakh to employees for...