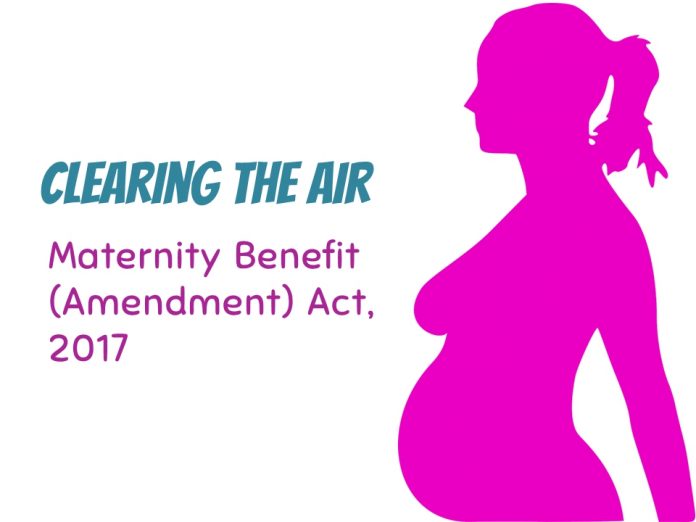 Enhanced benefits will be applicable to the women who were already on maternity leave when the bill came into effect.

Clearing a lot of the doubts around the new Maternity Benefit (Amendment) Act, 2017 and its implementation, the Ministry of Labour & Employment issued a clarification stating that the enhanced benefits will be applicable to even those women who were already on maternity leave when the bill came into effect.

As per the official statement, “The enhanced maternity benefit, as modified by the Maternity Benefit (Amendment) Bill, 2016 can be extended to women who are already under maternity leave at the time of enforcement of this Amendment Act.”

“Having received further queries and to remove doubts, it is further clarified that it is mandatory on the part of employers to extend the benefit of enhanced maternity leave to those women workers who were already on maternity leave on the date of enforcement of the Maternity Benefit (Amendment) Act,2017, i.e. as on 01.04.2017,” the official post elaborated.

Although the Act was cleared on March 28, and the provisions of the Amendment Act came into force with effect from April 1, there was confusion around the same for women who were already availing their maternity leave.

In addition, extra time has been allowed for implementation of crèche facility, till July 1.  The amended Act requires every establishment with 50 or more employees to provide crèche facilities within a prescribed distance.