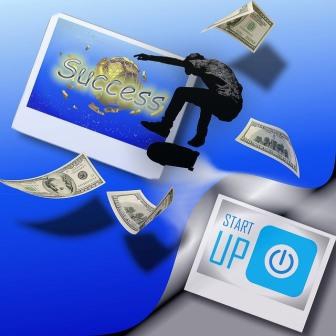 Startups tend to ignore their work culture in a hurry to scale up.

Millennials becoming entrepreneurs is the next ‘in thing’. The trend could be said to be a monumental shift, as earlier getting into business implied that the individual was either carrying the baton of generational legacy or clearly lacked employability. However, in the recent past, this myopic lens has witnessed a swing with the likes of the Bansals (Flipkart), Bahl (snapdeal) and Vijay Shekhar Sharma (Paytm) being viewed as the flag bearers of Indian entrepreneurs. Catalysts to this movement are students of elite undergraduate and graduate schools (IITs & IIMs) who have started to explore the option of entrepreneurship by abandoning secured employment. Mushrooming of startups has not only helped economically, but also altered the Indian Psyche of being extra cautious and risk aversive. However, all the glamour around startups lasted only as long as a series of cases came to light raising a pertinent question, ‘Do startups have work culture?’

As startups, such as Uber or OLA, begin to scale up, they fail to strengthen their work culture. It is assumed that with the organisational growth the level of accountability on softer aspects, such as culture, would increase. But it isn’t actually happening in most of the startups. Uber disrupted travelling experience in metros with its business model, ‘click and ride.’ Uber’s service meticulously addressed public transportation’s pressure points— privacy, comfort and estimated time of arrival. However, in the recent past, Uber has been plagued by controversies linked to its work practices. This has adversely impacted its financials. Reports suggest that Uber’s valuation may have been knocked off by $10 billion . One of the prominent examples of its misconduct was its usage of the software ‘greyball’ to evade law enforcement officials , which led to the US department of Justice launching a criminal investigation. From the chain of events that followed, it is evident that Uber was perennially slipping in terms of maintaining an ethical work culture.

Reduce grey area in which employees function: What drives startups towards recurrent slippage denting the company’s brand? In general, people live under the impression that startups are glamorous places, where there aren’t any scripted do’s and donts’. What really counts is the employees’ ability to deliver on their KRAs. When the senior Uber employee shared medical records of the rape survivor in India with the leadership; what he was trying to do was to prove his allegiance towards the company that would be bracketed as an attempt to ‘deliver’. ‘Dynamic’ and ‘fast paced’ appearances of startups takes away the sheen from their upright culture. This cardinal feature of dynamism—where decisions are taken on the spot and non-traditional methods are adopted to gain a foothold in the market—somewhere dilutes the organisation’s culture by setting the company footloose, with no line drawn in the sand. Related to this is the lesser sense of accountability.

Restricting the role of VCs: KPMG’s report ‘Startup Success’(2013) mentioned aspects in which VCs would be interested, while deciding to invest — (a) company, including the founders and their industry lineage (b) high-performing workforce (c) market space and competitors (d) financial information and strategic path (e) perceived valuation . It is apparent that VCs are not concerned about the work culture of the company. On the other hand, founders are generally under pressure to meet the target of the VCs, which is restricted to composite figures. This somewhere shifts the focus from the company’s perception amongst internal and external customers.

Transparent and ethical communication: Lack of communication and unethical communication from the leadership is another factor that hits the culture. When Uber CEO, Travis Kalanick, was caught arguing with an Uber driver over driver’s pay rates, in a video that went viral, it clearly communicated exactly how the leadership was positioned on employee/labour rights. Later on, with press lashing, he tendered a public apology for his behaviour. In 2013, reports surfaced that Kalanick shared a companywide mail laying down basic rules for consuming drugs on official outbound meetings . When the workforce receives such communication from the CEO, it simply creates the ground for others to follow the path. Amidst all this, Airbnb has meticulously worked on building a ‘platform culture’, which thrives on building a community, induces a sense of belongingness, and shares best practices. Co-founders emphasise on establishing a connect with the host. It is said that co-founders visited and stayed with key hosts across the globe. From the Airbnb case it is evident that the onus of building a platform culture lies on the leadership.

In the Indian context, Flipkart’s mass layoff in 2016 impacted 2.3 per cent to 3.3 per cent of the workforce, painting an image that differed from its claim that their culture is a key differentiator. It is believed that dwindling valuation for the second time in a row and pressure from the VCs was the real reason for the layoff, and not an attempt to make the organisation leaner on the basis of performance, as was communicated to the employees. Earlier, Flipkart was pulled up by premier educational institutions (IITs IIMs) over deferring joining dates of the selected candidates . These incidents may severely impact the employer branding of the organisation by treating talent as a source of intelligent labour rather than game changers .

Flat organisational structure with accountable leadership: Absence of a clear hierarchy need not translate to a flat structure per se. It is crucial to provide an opportunity to people to voice their opinions and improvise with their work. However, when there are pressing situations, the leadership needs to plug the leakages. Susan Flower, an engineer, blogged about her sexual harassment encounter at Uber, with an emphasis on how the management colluded with the perpetrator rather than addressing the issue. CEO, Kalanick, oversaw the internal investigation. Later on, when the management faced press heat over how people proclaimed guilty can be allowed to investigate the matter, external investigation under the leadership of US Attorney General Eric Holder was initiated. To be consciously blind towards unethical practices sets the wrong benchmark by signalling ‘you can get away with your wrongdoings.’ With constant focus on generating profits and meeting the growth curve, startups inadvertently forget that it is their own people who will help them achieve their targets.

Focus on cultural fitment: People issues and human capital management is a business challenge for startups that often gets neglected until exposed to the public. Startups have, in general, failed to nurture their in-house talent and tend to operate on their ‘hire-fire’ model. It is important for them to establish their core values/beliefs in practice and then hire employees on the basis of culture fitment. In the article ‘Ola’s Culture Problem ’ the author states that the leadership is blindly following its competitor, Uber, and that, as a result, the work-life balance of employees has taken a hit. It was reported that due to the management style, several C-Suite people resigned.

When you get staggering funding, a stupendous growth curve and promising valuation, what keeps you grounded is the work culture. Founders seldom realise that the VCs may not have relevant experience to run the organisation. So they need to take a call on where to draw the line on VCs’ interference.

(The author is Assistant Professor – OB & HRM at IMT Ghaziabad.)