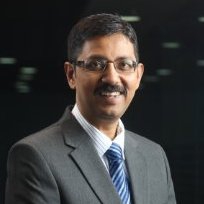 Sen has been recognised as an influential leader by the World HRD Congress this year.

Kunal Sen has joined Korn Ferry Futurestep, India as its managing director. In the new role, Kunal will be responsible for the growth, profitability and overall management of the Futurestep business in India. He will work out of the Bangalore office of the company.

Kunal has been a business leader with two decades of diverse experience in B2C and B2B. He has a strong operational background, is a proven leader and has the ability to scale up businesses profitably.  He has worked in several companies at senior positions.

He has a strong operational background, is a proven leader and has the ability to scale up businesses profitably.

Kunal has also worked at StoveKraft between 2013–14, as director sales &marketing. There, he made the strategy for the expansion and growth of various products all over India.

Some of the other companies he has worked for are Dell, Idea Cellular, Colgate Palmolive, Agro Tech Foods, Heinz and Asian Paints. He worked in these companies at various senior positions in sales and marketing.

He is an MBA from XLRI and an alumnus of IIT Bombay.

Kunal is well known as an influential HR leader, and has been recognised for the same by the World HRD Congress, this year.