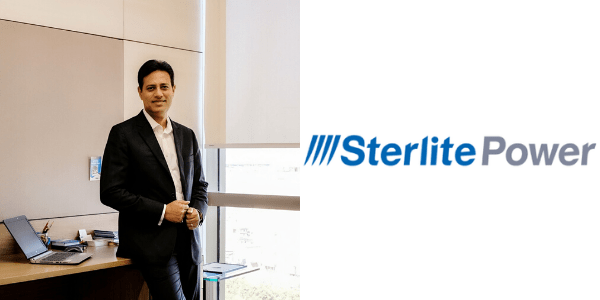 Power transmission major, Sterlite Power has roped in Swaminathan Subramanian to lead the human resources function as the group CHRO for the organisation. He joined on July 1 in his new role and will be reporting to group managing director Pratik Agarwal.

“I am excited to join Sterlite Power, which has social impact underpinning its strategy, innovation as a way of life and talent shaping its journey”, stated Subramanian to HRKatha.

Subramanian brings with him more than two decades of experience as an HR generalist. He has donned multiple hats in different organisations including consulting, mergers and acquisitions, HR governance and compensation and benefits.

Prior to joining Sterlite Power, he chaired the office of the chief people officer (CPO) at Reliance Capital which he left in the month of June, 2020.

After completing his MBA in HR from XLRI Jamshedpur in 1998, he went on to join Andersen Consulting after he was selected into their management trainee program. Over the course of more than four years in the company, he handled the entire gamut of HR functions including recruitment, talent and compensation among others.

After more than four years in the organisation honing his skills as an HR generalist, he joined Standard Chartered as the head of rewards for South Asia in 2002.

In 2010, he left Barclays to join J.P. Morgan as the executive director of HR where he served for close to three years. In May 2013, he left Morgan to join Fullerton India as the executive vice president and head of HR for the organisation. He served his longest stint at Fullerton India for close to five years before moving on to Reliance Capital as President and CPO.

Subramanian is also a university gold medalist and completed his Bachelors in construction engineering technology in 1995 from Jadavpur University.