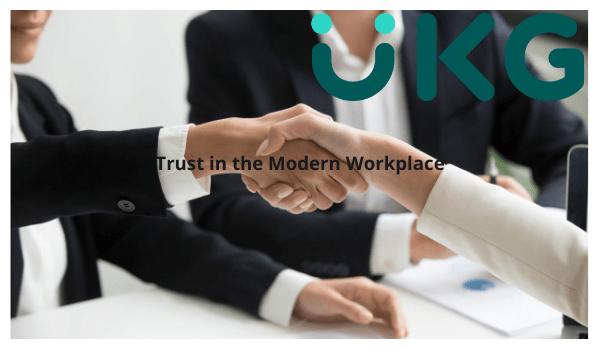 Maximum employees and business leaders in India (90 per cent) believe that trust at work should be earned. A global research explores the importance of elevating trust to a foundational imperative to create high-performing workplace cultures that better serve customers and their communities. The report titled ‘Trust in the Modern Workplace’ by the Workforce Institute at UKG and Workplace Intelligence, comprises the findings from a survey of about 4,000 employees and business leaders across 11 countries, including India.

The study looks at the current state of trust—especially between employees and leaders—and the opportunities organisations can create by making trust the foundation of employee experience.

As per the survey, most employees and business leaders—63 per cent—feel that trust at work must be earned. Among C-level leaders, almost 72 per cent believe that it is up to the employees to earn trust, while 37 per cent believe trust should be presumed.

The belief that trust must be earned is clearly most prevalent in India (90%) compared to the US, where only 68 per cent share the same belief, and the UK with 67 per cent, as well as Australia & New Zealand, Canada and France with 64 per cent each, respectively.

About 52 per cent of global employees and business leaders admit that trust is higher in their organisation today than in pre-COVID times. Workplace trust improved the maximum in India, that is, 67 per cent, following by Mexico (56%), the US (53%), the UK (52%), and Australia and New Zealand (50%).

While organisations were forced to take a relook at their operating models overnight, and most adopted the remote-working approach, 55 per cent feel it is easier to trust colleagues in a physical workplace compared to a virtual world. Almost 61 per cent feel the pandemic has positively reshaped perceptions about flexible and remote work arrangements.

Amongst Indian employees and leaders, it is quite clear that trust is the driving force behind employee engagement as well as business performance.

Lack of trust at the workplace results in a lot of unpleasant situations and spreads negativity.

About 64 per cent of employees across the world feel trust directly affects their sense of belonging at work. In India 74 per cent share the same feeling, while in the US, about 68 per cent do so. Only 65 per cent employees in Canada and 63 per cent in Mexico feel that trust impact their feeling of belonginess at work.

Eighty one per cent Indian employees feel that the absence of trust adversely affects productivity or output. Globally, on the other hand, only 68 per cent feel that low levels of trust may negatively impact one’s daily effort.

Worldwide, 22 per cent employees said they avoided referring their company to friends or family because they did not trust it. So, trust affects the talent pool too.

Sumeet Doshi, country manager, India, Ultimate Kronos Group (UKG), rightly states, “Trust is the foundation of any great team especially when they navigate through a crisis. When people feel they are trusted, they invariably do their best, both as individuals and as a collective team.”

In India, only 13 per cent of employees feel they are trusted to swap shifts with their colleagues without approval from their managers, whereas globally, 18 per cent feel so.

When it comes to submitting timecards to payroll directly, only six per cent of employees in India feel trusted to do so, compared to the global average of 14 per cent. Chinese employees feel more trusted (20 per cent), followed by Canadian and German (19 per cent), and American (16 per cent).