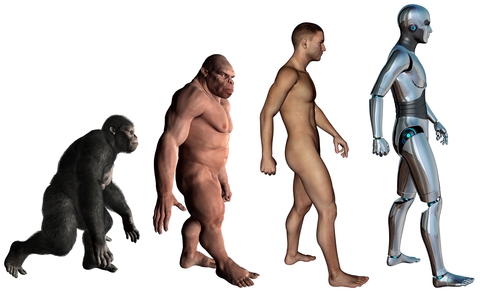 A strong focus on skilling human capital to keep pace with the changes that automation brings, will save people from being swept away by the high tide of automation

According to a recent World Bank research, automation will impact 69 per cent of the jobs in India and 77 per cent in China. The research states that technology could fundamentally disrupt the traditional economic growth paths/patterns in developing countries. To prevent that from negatively impacting people, such countries will have to focus a lot more on enhancing their human capital as well.

World Bank president, Jim Kim, said “As we continue to encourage more investment in infrastructure to promote growth, we also have to think about the kinds of infrastructure that countries will need in the economy of the future. We all know that technology has and will continue to fundamentally reshape the world.”

Based on what the research predicts about how automation will replace a significant number of jobs in India and China, and as high as 85 per cent jobs in Ethiopia, Kim says, “If this is true, we need to understand the paths to economic growth that will be available for these countries and then adapt our approach to infrastructure accordingly. Moreover, with increasing reliance on private-sector investments, we will have to increase our vigilance to ensure that privatisation does not equal exclusion of the poor and marginalised.”

Kim shares that with technology transforming the kind of jobs available in developing countries, they will have to increase their focus on the second major pillar in pursuit of the twin goals —investing in people. “We have seen, throughout East Asia, that investment in people makes a huge difference to a country’s ability to grow its economy in an inclusive way,” says Kim.

Investing in the earliest part of people’s lives will significantly impact the countries’ ability to compete. The cost of falling short in equipping children with foundational skills is unacceptably high, and the evidence supporting this conclusion grows every day. Also, “Governments that do not invest early in a skilled, healthy and productive workforce are undermining their current and future economic growth,” explains Kim.

He is of the view that countries cannot walk into a more technologically complex and digitally demanding future with 40 per cent of their workforce unable to compete. It is important for countries to understand that investments in human capital are just as critical as investments in ‘hard infrastructure’, if they actually want to spur economic growth and compete effectively in the short, medium and long terms.

However, lack of such skilling initiatives in countries like India may see a rise in the population of those for whom the traditional low-skilled jobs are not available and who, often through no fault of their own, simply would not be able to compete. This is also why Modi has been pushing the ‘Skill India’ initiative. In line with this, Kim says, “I believe that we must dramatically increase our aspirations for both the quantity and quality of investments in health, education and skills.”