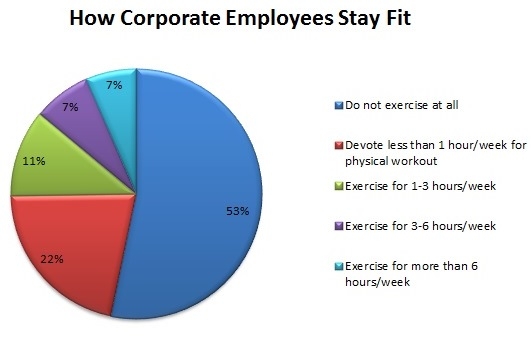 According to the Associated Chamber of Commerce and Industry of India (ASSOCHAM), close to 42.5 per cent of employees associated with the private sectors are suffering from depression or general anxiety disorder. Demanding schedules, high stress levels and performance-linked perquisites are the primary causes. In comparison, government employees have to cope with lesser levels of psychological demands at work.

The industry body has released a report ‘Preventive Healthcare: Impact on Corporate Sector’, which is based on the views of 1,250 corporate employees from 150 companies across 18 broad sectors including media, telecom and knowledge process outsourcing (KPO).

It is alarming to learn that emotional problems, such as anxiety and depression have increased by around 50 per cent among corporate employees in the last eight years.

Among the major metros, Delhi has the highest number of depressed employees followed by Bangalore Mumbai, Ahmedabad, Chandigarh, Hyderabad and Pune.

“Corporate employees have to survive the stiff global competitive environment to save their jobs, adding pressure on their health, leading to silent diseases,” said DS Rawat, secretary general, ASSOCHAM, while releasing the survey.

With schedules getting more demanding by the day and stress levels rising steadily, cases of depression and general anxiety have gone up. These have, in turn, resulted in wide ranging effects like daytime fatigue, physical discomfort, psychological stress, performance deterioration, low pain threshold and increased absenteeism.

The report revealed that nearly 38.5 per cent of corporate employees sleep less than six hours a day. This is due to high stress levels arising out of tough targets set by employers, which cause diseases such as depression, hypertension and diabetes.

As per the ASSOCHAM findings, about 48 per cent of respondents said that they experience fatigue on a regular basis due to general anxiety. Close to 27 per cent of the survey participants admit that they suffer from regular headache.

“Work pressure is a killer these days. Lack of self-confidence, unrealistic expectations and a nutrient deficient diet are factors that trigger off the condition. Biological, psychological and environmental factors play a role too. Both genetic and neurochemical changes have been linked to depression, caused by the alteration in the activity of neurotransmitters, which play an important role in the brain”, said B K Rao, chairman of the ASSOCHAM Health Committee Council.

Employees spend over 25% of their time looking for info needed...