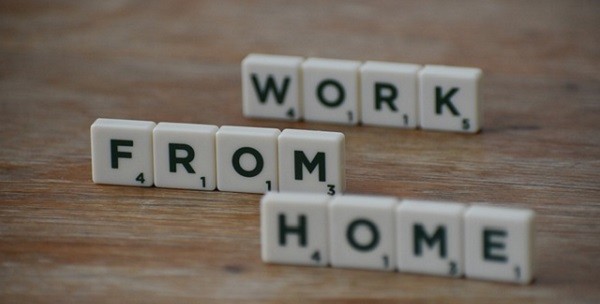 It seems that as we progress into the future, more people are becoming accustomed to the new way of working and would want to retain some aspects of their current work-life post COVID as well.

Almost 90 per cent of the workers in the Asia-Pacific region, including Australia, Malaysia and Singapore, are against returning to the ‘old normal’ way of work. It can be gathered that few aspects of the new normal have been greatly beneficial for employees.

Around 59 per cent want to see flexible working hours introduced permanently in the future as well. Another 58 per cent would like working from home to be a permanent feature of the post-COVID world. There has been a shift towards more focus on one’s self during this time. Employees are more concerned about taking care of their mental and physical health, with almost 47 per cent in support of it.

It has been found that women are more concerned with taking care of their mental and physical wellbeing, with more than half desirous of the opportunity for it in the future. In contrast, among the male employees, only 43 per cent want to focus on their health.

Overall, in terms of priority, health and wellbeing seem to be the number one among APAC workers and 27 per cent have citied it as the most important aspect they want leaders to focus on.

Increase in family time is also a much-desired feature among the people as spending more time with their loved ones has been a fortunate outcome of the current situation. This is especially true for the younger generation aged between 18 to 24 years (57 per cent) as compared to those above 50 years (47 per cent) and even less for those above 65 (37 per cent).

Only around 11 per cent of employees appeared to be happy to return to how things were before the pandemic began.

At the same time, apart from health, workers are also focussed on other areas, such as work-life balance and job security. More than four in ten respondents are eager to see a reduction in unnecessary work meetings and outside commitments (43 per cent). Around 48 per cent of women are more eager to see a reduction in outside work commitments than men who number at 38 per cent.

Close to one-third of the lot also want to see lesser travelling in the name of business.

One surprising aspect emerged in terms of upskilling opportunities. While leaders have constantly emphasised the need to learn and upgrade, only 38 per cent of the workers have cited online professional development avenues as a necessity.

Overall, health and wellbeing, job security and work-life balance are the three areas, which workers feel need to be prioritised upon.

Rosie Cairnes, vice president, Skillsoft, APAC finds the emergence of a more inward mindset among workers across APAC interesting. According to Caines, there appears a trend to reject the conventional way of working — whether in terms of deciding when and how to work, prioritising family over work and travel, focussing on personal health, or taking charge of professional development.

She further mentions that there is a trend towards genuine self-care. For companies to reach the other side of this pandemic in a good place, employee well-being and wellness must become a permanent focus, and not just something that gets addressed during crisis.

The younger workforce comprising Gen Z, is more geared towards increase in learning and training around racial diversity, and almost 38 per cent want their organisations to support the issue. The younger generation, including the Millennials are also the most in favour of equal maternity and paternity leaves for parents, numbering around 34 per cent, as compared to their older counterparts. Only 25 per cent of workers between 35 to 49 years deem it an important issue, and the figures drop further as we move up the age ladder.

Women are more in favour of equal gender representation and reduction in the gender pay gap than men, numbering around 28 per cent in both cases. Among men, the figures rest around 20 per cent.

“Across APAC there is a strong push for policies and practices that promote greater gender, age, and racial balance,” reveals Cairnes. With more youngsters set to join the workforce, this push will only grow stronger. Organisations that revise their hiring and policies and concentrate on their future learning and development in these areas will benefit immensely “in terms of available talent, employee engagement and retention,” concludes Cairnes.

The study has been conducted by Skillsoft through a survey of more than 2,300 workers and people about to enter the workforce across Australia, Malaysia and Singapore.