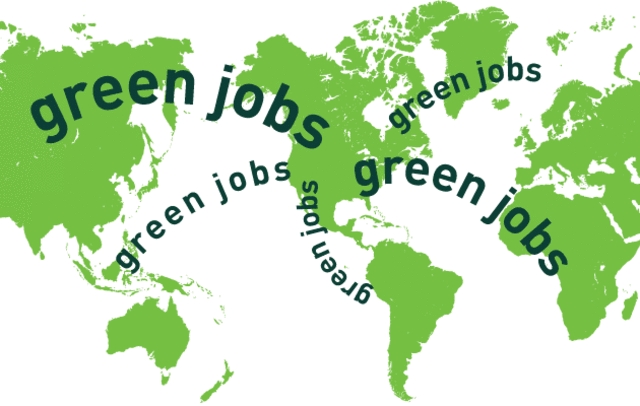 The renewable energy sector has created 47,000 new jobs in India in 2017, employing 432,000 people, according to a recent report by the inter-governmental International Renewable Energy Agency (IRENA).

In all, 20 per cent of the more than 500,000 new green jobs created globally in 2017 were done so in India. These jobs, numbering 100,000, brought the total number of Indians employed in the sector to 721,000, including those working with large hydel projects. In India, only small hydel projects of up to 25 megawatt (MW) capacity are considered renewable projects. Worldwide, 10 million people work in
the renewable-energy sector now, according to the report.

In India, new solar installations reached a record 9.6 gigawatt (GW) in 2017, effectively doubling the total installed base of the technology in the country. Employment in solar PV increased by 36 per cent to reach 164,400 jobs, of which 92,400 were in on-grid applications. IRENA estimates that the construction and installation segment of the value chain accounts for 46 per cent of these jobs, with
O&M and manufacturing representing 35 per cent and 19 per cent, respectively.

Manufacturing of solar PV modules is limited, given the availability of inexpensive imports, mostly from China. The market share of domestic firms decreased from 13 per cent in 2014–15 to seven per cent in 2017–18. As of September 2017, the average price for imported modules was $0.39 per Watt compared with $1.44/W for domestic products while a large share of the existing manufacturing capacity stands idle.

India had the world’s fifth largest addition to wind capacity in 2017 at 4.1 GW and the fourth largest cumulative capacity (GWEC, 2018). IRENA estimated that employment in the sector stood at 60,500.

While the clean energy sector has developed in many countries, six countries—China, Brazil, the US, India, Germany and Japan—created 70 per cent of all new green jobs.

This progress has been due to “the countries across the globe gradually switching to clean energy in sync with their commitments under the Paris Climate Agreement 2015”, the report said.

India has installed 69 GW of cumulative renewable power capacity as of May 2018. The country will now have to add nearly 1.92 GW every month—what it has done every three months since May 2014—to meet its target of 175 GW by the end of December, 2022.

The Modi government has committed to the Paris Climate Agreement 2015 to install 175 GW of renewable power capacity by 2022. This is enough to power 100 million bulbs (of 100W each) for an hour.

Of the total target, 100 GW is to come from solar power, 60 GW from wind power, 10 GW from biomass and 5 GW from small hydropower. Citing a government release, the report had noted that during 2017–18, 4.8 GW of renewable capacity had been added until November 30, 2017, against a target of over 14 GW. It had noted that the diversion of a national clean-energy cess to subsidise GST (goods and services tax)-induced losses and a new import duty to protect domestic manufacturers of solar equipment threaten to derail India’s ambitious 2022 target.

Employees seek support at work to care for elderly relatives