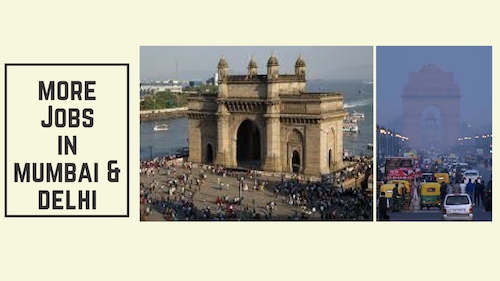 The job market in India will pick up momentum as the net employment outlook looks up significantly to 95 per cent for April–September 2018, as compared to 91 per cent for the preceding half-year, according to the latest Employment Outlook Report by TeamLease. However, employees seem to have become more cautious about job change as the level of attrition has gone down in October–March 2017–2018.

Mumbai continues to top the list with four per cent growth in hiring outlook with Delhi close behind with a three per cent rise. Bangalore, Hyderabad and Pune had a small incremental improvement in outlook of one per cent. The in-depth analysis indicated positivity in the metros and tier 1 cities, with tier 2 substantially improving over the half year.

In its global job outlook, Asia-Pacific (APAC) has witnessed the most positive employment outlook at 62 per cent across global markets for the April-September, 2018-19 period compared to October–March, 2017–18.

In fact, the positive hiring sentiment when benchmarked against global markets shows India to be ahead of APAC (global leaders) by 33 per cent and ahead of Europe (global laggard) by 54 per cent. India has a far higher percentage of employers (96 per cent) who reported an increase in their hiring volume for this half-year, compared with the five other global markets. The overall positive sentiment is in alignment with the growth in GDP. The recovery is largely seen due to the improvement in hiring sentiment for junior and mid-level roles, blue-collar roles and sales and marketing profiles.

Manufacturing has seen a recovery, although hiring sentiment in the sector still remains slightly low. Further, from a hierarchy perspective, junior and mid-level hiring is set to improve substantially with an increase in recruitment. Staffing at entry and senior levels has seen a modest improvement.