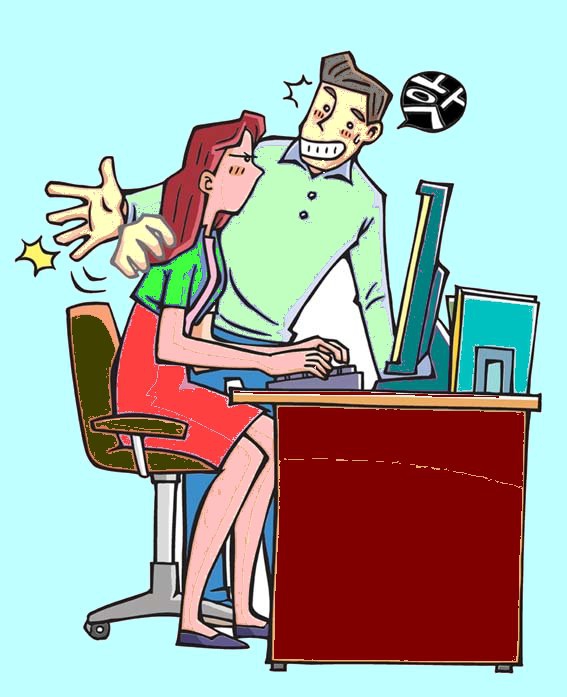 It shows how serious organisations are in implementing Vishakha Guidelines – promulgated by the Supreme Court of India. A survey by Indian National Bar Association reveals that most companies do not follow the same. On being asked if their company followed the process prescribed under the Sexual Harassment of Women at Workplace (Prevention, Prohibition and Redressal) Act, 2013, 65.2 per cent of the respondents who were victims answered in the negative.

Vishakha guidelines –Prevention, Prohibition and Redressal – were formed to prevent sexual harassment a work and also to encourage women employees to come out and report, if they feel victimized and finally to punish the culprit.

The Act requires an employer to set up an Internal Complaints Committee (ICC) in each office or branch that has more than ten employees of any gender. As per the guidelines, it is mandatory to display conspicuously at the workplace, the penal consequences of indulging in acts that may constitute sexual harassment as well as the composition of the Internal Complaints Committee (ICC).

It seems Vishakha Guidelines are just on paper and not followed diligently. It’s fact that organisations in India – big and small and across sectors have a callous attitude towards it. Another survey by EY reveals that 50 per cent of the respondent organisations do not even display the penal consequences of indulging in sexual harassment at a prominent place within the premises – which is the first and easiest thing to implement.

The INBA report has many more shocking revelations. The survey also found that most organisations simply turn a blind eye towards such cases as 66.7 per cent respondents felt that the Internal Complaints Committee in their company did not deal fairly with their complaint. There could be several reasons for the same as some organisations just try to cover up such incidents to save their own reputation.

In addition, as many as 46.7 per cent surveyors said the members of the internal committee were not aware of the sections and the legal provisions available under the Act. On being asked if they were given enough legal protection, 42.2 per cent replied in the negative. Also, on the question of whether they were treated fairly and received support from their peers during the inquiry period, 42.2 per cent said they did not.

According to the report, 25 per cent women were sexually harassed, at least once, by inappropriate touching. The same percentage of women were harassed physically and by comments, while 12.5 per cent were harassed by sexism and through demand for sexual favours.

Kaviraj Singh, secretary general, Indian National Bar Association, says, “Sexual harassment at workplace is an extension of violence in everyday life and is discriminatory and exploitative. It seriously prejudices women’s right to life and livelihood.”

The survey that studied responses from 6,047 people, of which 78 per cent were female and 22 per cent male, revealed that workplace sexual harassment is not just limited to interactions between the male bosses and female bosses, but can occur between any co-workers.

The survey also stated that 50.7 per cent female staff were subject to harassment online through social networking. In addition, 93.5 per cent of the surveyors agreed that harassment occurs in schools, colleges and society too, besides workplaces.

On the sections of society that could help fight such harassment, the survey reported that 92.4 per cent participants felt that parents, teachers, counsellors, society and administrators need to act strictly to stop harassment, while 84.7 per cent felt that the student body could do something.

Suggesting the best possible way in this regard, Adil Malia, group president-HR, Essar, says, “We need to feel ashamed of this corporate maleficence. It’s high time we initiate collective social action to prevent sexual harassment of women at workplace. Legal deterrence has limited impact where 68 per cent women do not even report sexual harassment at their workplaces. The problem is with the character and mind-models of some of our colleagues and we need collective attention and social action to overcome the same.”

Where are the future leaders?