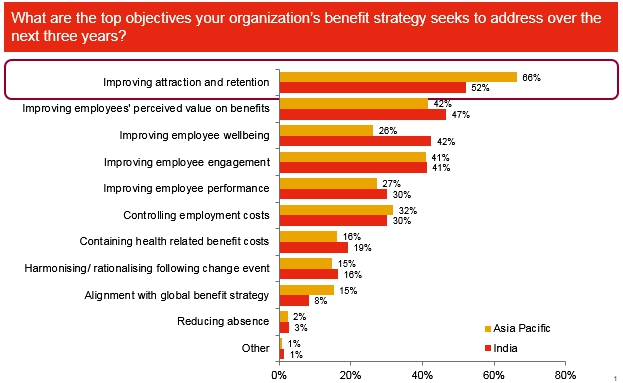 A report by Towers Watson indicates that Indian companies are seeing a major gap between the amount they spend on employee benefits and the value they get in return.

A highly competitive job market often sees companies rolling out reward programmes and schemes to keep their employees happy. Meant as a retention strategy, these schemes, if designed properly, can help an organisation achieve short-term and long- term goals.

Anuradha Sriram, director of benefits, Towers Watson India, finds this to be an alarming trend because if employers themselves are unaware of their spend, how will it percolate to the employees. This implies that there will be low employee awareness and appreciation of benefits provided.

“A successful and effective benefits programme must be aligned to employee needs, communicated clearly and delivered seamlessly for it to be truly appreciated and valued by employees,” she says.

Employee benefits are a key differentiator in the EVP basket, and how successful such programmes are for Indian companies is evident from the fact that a majority of Indian employers are facing challenges in attracting and retaining top-performing and high-potential employees, as revealed by another Towers Watson study — TW Global Talent Management & Rewards Survey

It is not that the Indian companies are ignorant of the importance of employee benefits and rewards programmes. The survey reveals that 52 per cent of the companies surveyed in India opined that improving attraction and retention of talent is the major focus of their benefit strategies. However, it is still low as compared to other companies in the Asia Pacific region, where the average is 66 per cent.

In comparison to the Asia Pacific region, Indian employers spend a larger proportion of their total benefits budget on providing health-related assistance. 55 per cent Indian employers spend more than a quarter of their benefits budget on health-related benefits compared to 38 per cent in the region. However, this is not the top category. Annual leave and medical inpatient remain the most prevalent benefits in the country, and employees now expect medical screening to be offered to them in the foreseeable future.

The importance of communicating the advantages of benefits programmes to the employees is evident from the fact that companies which did so rated its effectiveness in a higher percentage than the ones which did not.

Around 20 per cent of Indian employers who communicated the advantages said their benefits were highly valued while for companies which did not, the figure was only five per cent.

While a vast majority of Indian employers gather employee insights on benefit programmes in some form, the country ranks lowest when it comes to organisations involving employees in determining which benefits to offer.

Sriram believes that this gap is the major reason behind the considerable difference between the amount of money companies spend on employee benefits and the value they get from it. “This contradiction is a major contributor to the gap between benefit spend and perceived value. At a time when organisations are aiming to leverage benefits as an attraction and retention tool, employee opinion must play a far more important role in determining the benefits being offered,” she said.

A total of 1,145 organisations across 20 countries in the Asia Pacific, including approximately 100 from India, participated in the survey, making it the most comprehensive benefits trends survey conducted in the region. 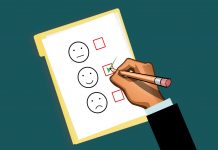 The case of diversity in board rooms