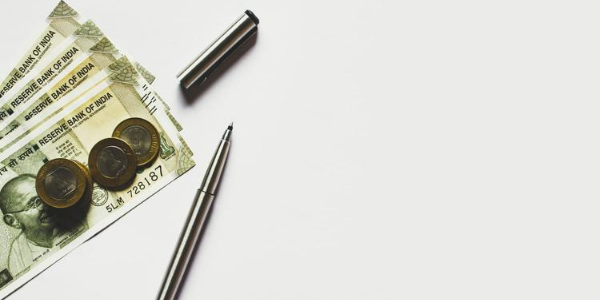 By the end of the next decade, an estimated 60 million workers will be looking for jobs in the non-farm sectors and an additional 30 million will move out of the farming community to search for other jobs. To absorb these future workers, the country will have to create 90 million new jobs by the end of 2030!

To achieve this feat, India needs to double its GDP growth rate from 4.2 per cent to almost 8.5 per cent annually, over the next decade. Moreover, the figure of 90 million jobs is just an estimation of the minimum number of jobs that will need to be created. The upper limit is estimated to be more than 145 million non-farm jobs by 2030.

If the right steps are not taken, then out of the 90 million, the economy will be able to absorb only six million workers with a growth rate of just five per cent by the end of the decade.

It is a tough road ahead for the country and the current pandemic has not done any favours to the Indian economy.

So what is the economy’s saving grace?

According to a McKinsey report published on August 26, 2020, India has opportunities to make the growth leap and achieve its targets. Global trends, such as digitisation and automation, shifting supply chains and rising focus on sustainability and health are acquiring new significance in the wake of the pandemic. These trends can provide the country with three growth boosters that become the hallmark of a post-pandemic economy.

Within these three growth boosters, there are 43 potential businesses, which can create about $2.5 trillion of economic value in 2030 and support 112 million jobs, or about 30 per cent of the non-farm workforce in 2030.

Build strength and competitiveness: First, India would need to raise its competitiveness in high-potential sectors — such as electronics and capital goods, chemicals, textiles and apparel, auto and auto components, and pharmaceuticals and medical devices — which contributed to about 56 per cent of the global trade in 2018. It can also build on its traditional strength in IT-enabled services to reflect digital and emerging technologies, such as artificial intelligence (AI) and machine learning-based analytics. The country has an opportunity to develop high-value agricultural ecosystems, healthcare services for India and the world, and high-value tourism.

Eliminating inefficiency: Streamlining India’s efficiency engines, by working on removing inefficiency in areas that form the base of a competitive economy — such as power, logistics, financial services, automation and government services — may be the right answer. Next-generation financial services, such as innovation in digital payment offerings, new flow-based lending products, asset resolution and recovery models that can make insolvency processes more streamlined and effective, and a larger range of risk capital investment vehicles, such as alternative investment funds can generate about $865 billion in economic revenue.

Utilising new ways of living and working: By tapping into the shifting preferences of  citizens aspiring towards a higher standard of living, businesses can create economic value of about $635 billion by 2030. Safer, higher-quality urban environments, cleaner air and water, more convenience-based services, and more independent work in the new ideas-based economy all present opportunities for the creation of millions of productive jobs in the service sectors.

To seize opportunities, India will have to increase its number of large firms by three times

Large firms have not achieved their potential, in terms of productivity or profitability in the country. Compared to other emerging economies, Indian firms register, on an average, at one-tenth to one-fourth in terms of productivity. Profitability has declined and profits are concentrated — only 20 per cent of large companies in the country contribute 80 per cent of the total profit.

A factor underlying the above is that it is missing mid-size firms that typically grow into larger competitors. India’s peers, that are emerging economies themselves, have almost twice as many mid-sized firms per trillion dollars of GDP.

The upward mobility of small and mid-sized firms matters, because it influences the degree of competitive pressure to which large firms are subject. The higher such pressure or contestability, the greater the likelihood that only the most efficient and high-performing firms will survive at the top. In order to achieve higher, system-wide productivity, India will need to raise the level of contestability and enable 1,000 or more medium size and small firms to scale up to large firms, and 10,000 or more small firms to scale up to medium size.

To achieve this, there needs to be a holistic policy framework with three components as the first step forward.

Providing targeted, time bound, and conditional incentives, which can reduce the cost disadvantage India faces in comparison with other outperforming emerging economies.

To reform the financial sector, around $2.4 trillion will be required in capital, in 2030. This is higher that the approx. $865 billion needed in fiscal year 2020. Small and mid-sized companies will need access to more than $800 billion in capital in 2030. Only a three-pronged approach can enable investment to grow back to 37 per cent of GDP, from the current 33 per cent.

(i) Raising household savings and channeling them to capital markets: Household savings rate will need to increase to 19 per cent of GDP from the current rate of 17 per cent.

India has the potential to save, on an average, about 3.6 per cent of GDP annually, over the years from 2021 till 2030. A range of measures including efficient subsidy and social spending, monetising assets including roads, railways airports, power sector reforms and market linking small saving rates can help achieve this.

Finally, to achieve all the above reforms, while a policy or law may suffice for half, a strong collaboration between the central and state governments will be crucial for the rest. State governments will have to play a critical role in implementing around 60 per cent of the reforms. The Centre will also need to arrive at a clear vision, which aligned with the business community at large.

59% Indian employees may have mental health issues, 55% are emotionally burnt out 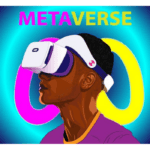 HRK News Bureau - September 19, 2022
0
At the very thought of a metaverse workplace the difference in the excitement and enthusiasm levels of the employees versus employers is huge. Employers...

HRK News Bureau - September 19, 2022
0
Ola appears to be focussing more on non-software engineering domains, with emphasis on enhancing its capabilities in the areas of engineering, as well as...

Liji Narayan | HRKatha - September 19, 2022
0
The new rates would be effective from July 11, 2022, and the labourers will be given arrears The Government of Sikkim has hiked minimum wage...