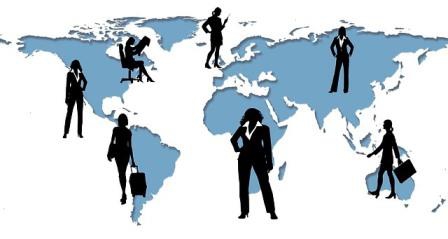 Women thrive when there is an alignment between the individual and the organisation. Only then can one break through the inertia and advance women at the workplace.

Latin America is the only region expected to be close to the gender diversity level of 50 per cent in the next 10 years. Currently, women account for 17 per cent of the executive workforce in Latin American countries. However, with the current hiring, promotion, and retention rates, this market will possibly reach the mark of 44 per cent women employees —highest in the world, according to Mercer.

In comparison, for Europe, the figure will be 37 per cent, and for Australia and New Zealand, 33 per cent.

“Focus on women across the complete talent pipeline and in all organizational and people processes needs to become a way of life. A key driver of this change will be how both men and women champion the cause of women at work” says Shanthi Naresh, India business leader, talent consulting and information solutions, Mercer.

Mercer suggests that women thrive when there is an alignment between the individual and the organisation. Only then can one break through the inertia and advance women at the workplace. Here are the 6Ps that can help organisations achieve optimum gender diversity.

Passionate leadership
Optimum gender diversity can be a possibility only when organisation leaders across levels believe, and are also passionately engaged, in the same. It is not enough for leaders to mandate change — they must personally drive change through communication and exemplary behaviour.

Unfortunately, only 52 per cent of organisations surveyed by Mercer believe their board members are engaged in D&I (diversity & inclusion) initiatives and only 39 per cent agree that their middle managers are engaged.

It has been observed that organisations with leaders who are actively engaged in D&I not only have more women at the top, but also hire, promote, and retain women at higher rates relative to men.

Personal commitment
The problem is that men do not see gender diversity as a win-win situation. They are not actively engaged in gender-diversity efforts — only 38 per cent of organisations agree that their male employees are actively engaged.

Greater gender equality can improve family economics and provide greater opportunities and flexibility to both men and women.

Perseverence
Organisations will need to focus on systemic, supporting practices to build the female talent pipeline that will sustain gender equality in the long term. The study observes that women thrive only when the focus is broader than acquiring diverse talent at the top.

Unfortunately, organisations are not making progress in building their future female talent pipeline. The study reveals that though there has been an improvement in the rate of hiring of women at senior levels, there is still some catching up to be done at the middle level. It is observed that men continue to be hired into and promoted from mid-level positions at higher rates than women. In addition, women in senior levels are more likely than men to leave the organisation, which will further disrupt the gender diversity.

Proof of what is helping or hurting
Women employees prosper when an organisation actively manages its leave and flexibility programmes. It can either help or hurt gender diversity, depending on who uses them and how well they are managed.

However, only 29 per cent of organisations say they train their managers so they can effectively support employees through the maternity/paternity leave and return-to-work processes — and effectively counter any unconscious bias in rewards and promotion decisions that might be triggered by leave.

The research reveals that women have different and unique skills relative to men — skills that are considered critical to career success. Traditional job design and valuation leave business growth potential untapped, as leadership competencies are often more closely aligned with the relative strengths of men. Besides, incentives for executives to achieve goals are insufficient to drive progress.

Processes that actively support women
A diligent pay equity process is of utmost importance for women to thrive at the workplace. A significant driver of greater gender equality is conducting and managing a pay-equity analysis that relies on statistical analysis, identifies process owners, and includes formal remediation protocols to address identified pay-equity risks.

The study shows that only 35 per cent of organisations report a pay-equity analysis process built on a robust statistical approach.

Women flourish when promotion and performance management processes include a gender lens. However, less than 30 per cent of organisations routinely review performance ratings by gender to check for disparities that translate into differences in opportunities for men and women.

Women have an exceptional relationship with healthcare — as patients, caretakers and decision-makers — but only 45 per cent of organisations agree that supporting such a relationship is important in attracting and retaining feminine talent.

Besides, only 22 per cent of organisations conduct analyses to identify gender-specific health needs and education.

The other important factor is gender-specific financial wellness practices, as they drive better future representation of women.

Women face a ‘perfect storm’ financially, because they tend to work in lower-paid employment than men, have more significant gaps in service, and live longer than men, so they need retirement funds to last longer.

Besides, women are more risk-averse investors, and that impacts overall returns. Less than 10 per cent of organisations offer education programmes related to retirement savings customised for the behaviours and needs of different genders. Very few workplaces monitor savings and investment choices by gender.