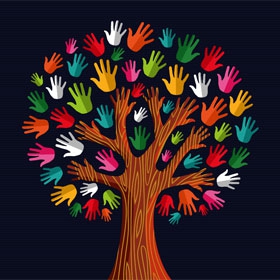 An organisational culture cannot be imposed on the workforce; it has to be built mutually by the employers and the employees.

It has been established time and again that better pay packages, lucrative offers and impressive designations alone cannot retain the best talent in the organisation. What can actually work wonders is the organisational culture. When an organisation infuses its culture in its greatest asset —the employees —the result is mostly a deeply engaged, motivated and hard-working workforce.

So what kind of culture should a company imbibe to retain talent? Is there a set pattern to this?

Not exactly. It is hard to generalise. In fact, much of it would depend on the kind of employees the organisation would have. So, it is important to listen to the people before designing the culture. It has been established that the narrower the gap between what employees want and what their current workplace culture is, the more likely they are to stay on.

A recent survey by Catalyst reveals that MBA graduates — whether men or women — prefer a constructive culture over an aggressive one. Employees want inclusive workplace cultures that not only emphasise integrity and collaboration, but also encourage them to achieve their potential and support others. These ‘constructive behaviours’ are much preferred over more ‘aggressive’ ones , such as perfectionism, power, competition and opposition. Also, they predict employee satisfaction with their current organisations as well as their intentions to stay on.

Therefore, it is not possible to build an organisational culture and expect the workforce to forcefully imbibe the same. Rather, it should be a democratic exercise where both the employees and organisation have to mutually form the new culture.

Having said that, there are also ways in which a company could define a positive and constructive culture in the organisation.

To create high-performing workplaces, where employees feel included and empowered to contribute, companies must also involve employees throughout the organisation.

Find the right fit
A person might be the best talent available in the market, but if he/she doesn’t believe in the core values of the organisation, the end result will certainly be a zero. Employees tend to feel a greater sense of inclusion when they are personally connected to their respective company’s values. This makes it imperative for an organisation to form a team with members who may not be like-minded but certainly believe in the same core values. Only then will the company be able to connect with its employees and preserve its values.
3M, for instance, developed six leadership behaviours, including fostering of collaboration, teamwork and development of others and self, to signal that all employees can and should demonstrate leadership through their actions.
The Company also created an accountability system to ensure that employees truly integrate the specified behaviours into their job functions and interactions with colleagues and teams.

Be socially responsible
It is important to share news about the company’s philanthropic and volunteer efforts and how they benefit customers and the broader community.
The knowledge that their company has been making a meaningful impact, has a long-lasting effect on the employees. They feel like having been party to some good work.
For instance, Coca-Cola’s ‘5by20’ programme made a global commitment to enable the economic empowerment of five million women entrepreneurs across the Company’s value chain by 2020. Similarly, Clark’s ‘Nurture Moms and Babies’ initiative includes activities, such as educational programmes for proper nutrition, diaper donation, and a scheme to help low-income mothers pay for day care. In both cases, it was found that the programmes are a major source of pride for most employees of the two companies.

Cultivate champions at all levels
Employees need to see role models throughout the company—from peers to managers to senior leaders— demonstrating their support for inclusive work cultures. It has been observed that employees who see change champions at all levels perceive that their organisations are making more progress toward creating an inclusive work culture.
When mid-level managers are allowed to speak up at all-staff meetings and question the leadership about the organisation’s diversity goals, it demonstrates a culture of courage and role models to their peers.

Create pathways for dialogue
Give everyone opportunities to share feedback and experiences about company culture. Engage in meaningful conversations about inclusive practices in scheduled work groups, town hall-style staff meetings, manager office hours, as part of team project work, and through focus groups across job levels. When employees have the chance to engage with senior leaders and share their views, they feel more included and perceive that their organisation is making greater progress in creating an inclusive work environment for all.

An automation company holds fishbowl dialogue sessions, where employees are encouraged to engage with each other and their leaders on any topic.

The leaders form a small circle in the centre of the room, while a larger group of employees sits on the perimeter and is invited to join the dialogue in the centre to share their views. In one session, shortly after the company introduced domestic partner benefits, an employee expressed concerns regarding its conflict with personal beliefs. Rather than going on the defensive, a senior leader asked questions to understand the employee’s perspective, emphasised the company’s commitment to treating all employees fairly, and invited other employees and leaders to share the ways in which they were embracing the company’s inclusive values, while still staying true to their personal beliefs. Unscripted dialogues like these have been known to help employees feel more engaged and included, despite their differences.

(Based on Catalyst – Mind the Gap Study)

How to train managers to deal with problematic employees