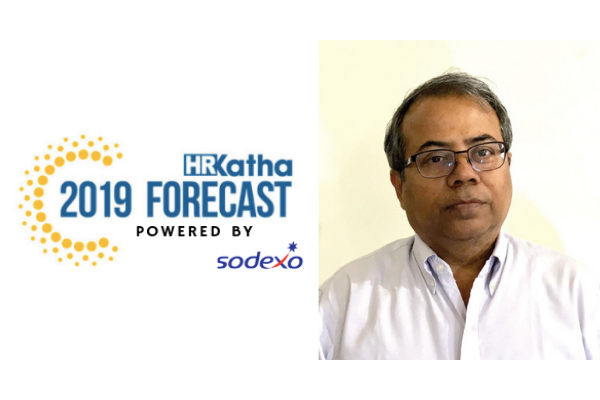 What makes the difference in organisations? What did we learn from the ‘Kodak moment’ to the silence of Nokia handsets? There was a time when we were celebrating Kingfisher Airlines’ ‘Fly the Good Times’, which ended at a stage where the aircrafts couldn’t be moved even from the parking bay. What happened to Union Carbide, Enron, Lehman Brothers, Hindustan Motors? The list goes on and on. How did destruction come to be equated to creation and how did disruption become the tool of success and the ability to thrive upon?

If we see the larger picture and analyse the countries, which are ruling without rules basis their power of development, we will observe that this power is derived from the realisation of the potential of human resources. Consider Singapore —this country utilises its human resources— the only resource it owns— in the best possible way to get everything else.

Coming back to industry, name any great companies, from Walmart to GE, Apple to Google, Amazon to Flipkart, Boeing to NASA, Infosys to IBM — What has made the difference? An ECG for less than Rs 10? A new, made-in-India, GE device makes this happen. The bottom line is very simple. For organisations to lead in the times to come, they have to value their human resources, give them opportunities to experiment and make them ready to embrace failure and successes fast. Human beings offer the only competitive advantage, which has existed since pre-stone ages, and will continue to do so in the future. The Origin of Species by Charles Darwin will remain universal. Machines do everything, but the realisation of need and its creation comes from the human mind. Organisations must value the most valuable thing — human resources— if they wish to be valued themselves.

For instance, the IT sector has increased its contribution to India’s GDP from 1.2 per cent in 1998 to 7.7 per cent in 2017. According to NASSCOM, the sector aggregated revenues of US$160 billion in 2017, with export revenue standing at US$99 billion and domestic revenue at US$48 billion, growing by over 13 per cent.

“If we see the larger picture and analyse the countries, which are ruling without rules basis their power of development, we will observe that this power is derived from the realisation of the potential of human resources. Consider Singapore —this country utilises its human resources— the only resource it owns— in the best possible way to get everything else”

It is painful to still find many organisations that drive HR with an admin mind-set. This help to bring the output but not the outcome. Only organisation that believe in the Blue Ocean Strategy, and facilitate their people to dream and derive can sustain. This is the age of disruption. You have to pay to dispose your old desktops and CD disks, which cost a significant sum not too long ago. Remember the Hollywood films decades ago which imagined driverless cars?

While you can’t fix the fiction, you do need to provide the wings to fly across the boundaries of standard operating procedures and so-called company policies which were made in the past and require review every two years or so. Awarding the employees annually based on a yearly performance management system is passé. Nobody wants to wait that long. Why measure everything and everyone with the same scale, when every individual is distinct? The bottom line is, make the HR professional agile enough to think innovatively beyond cluster and staking human resources. Go beyond the tag of qualification and past performance to label individuals in organisation. Every moment is fresh to move forward. Capitalise and cultivate the power of vision beyond visibility.

Take care of your people, engage with them to find the solution to issues. Stop thinking within the bracket of ‘weak productivity, high productivity’. These are the buzzwords of a bygone era. Examine where we stand in the context of the Industrial Revolution 4.O. We are not lagging but standing static far behind time. My suggestion is to speed up the creation of the aura for natural collaboration instead of sermonising on its importance on a social platform. Let collaboration be the norm in a natural way rather than creating it artificially.

“Stop thinking within the bracket of ‘weak productivity, high productivity’. These are the buzzwords of a bygone era. Examine where we stand in the context of the Industrial Revolution 4.O”

Think and eradicate the roadblocks and conflicts that hinder collaboration among people and teams. HR policy should be aimed to facilitate people to work fast and not create roadblocks. It is time to work for artificial intelligence, deep learning, algorithm, IoT, machine learning. It is time to change our vocabulary and our thought process. Inculcating the culture of innovation in the organisation is the need of the hour. Think positive.

I believe new skillsets for the future workforce are: liberty to think openly, challenging the current status quo and learning to work in a team. When I was a child, my father was insistent that my handwriting should be good enough to hold the attention of the examiner at first sight. Today my children prefer to open their smart phones or iPads with the help of retina or biometrics, instead of memorising the password and punching (keying) it. Our workforce has to be developed to be resilient, go for fast failure. But all this depends upon the quality of leaders in the organisation, who not just exhibit these behaviours but also apply them instead of putting them on signage or colourful posters. Let’s develop such leaders/engines first, and the coaches will follow suit.

Organisations must invest in HR innovation labs. I don’t believe in more data but I do believe in quality data that helps to develop insights. Few weeks back I was working on a project called ‘What drives the organisation output or outcome?’ Organisations exist to deliver the designed outcome while employees are busy in giving their best output. We try to align outcome and output which sets the wrong precedent. It is better to do it right the first time or fail fast. Many times organisations fail despite employees putting in their best, because the HR or leadership fails to drive the outcome.

HRKatha 2019 Forecast is powered by Sodexo 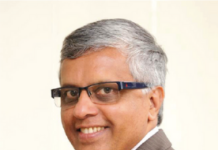 “In this era of change, the only differentiator for organisations will be their ‘people’,” Ramesh Shankar S 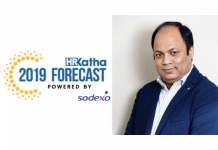 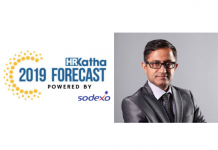 “AI will help us to move from feel-based to fact-based hiring decision,” Anil Misra 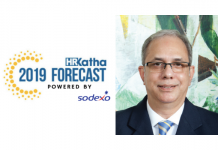 “We need customised policies made for different people belonging to different stages in life,” Chandrashekhar Mukherjee 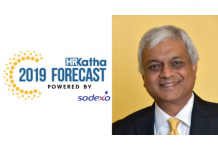 “‘Unionisation’ is a monster that has lifted its head in the past without much success,” Paneesh Rao 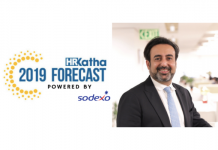 “In 2019, the focus will shift from generic employee policies to tailor-made policies,” Nishchae Suri

“#MeToo can end up as #NotHer & organisations can be wary...

“The concept of N=1 is fast gaining ground through technology,” Krish...