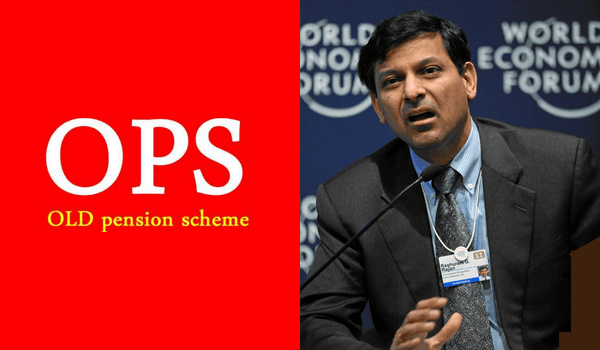 While various employee unions of Central and state governments are threatening to agitate if the old pension scheme is not restored, Raghuram Rajan, former RBI governor believes it is not a good idea.

The unions express the employees’ belief that the new pension scheme is not genuine and wish for the Centre and states to revert to the old pension scheme (OPS).

States such as Punjab, Himachal Pradesh, Chhattisgarh and Rajasthan are keen to revert to the old pension scheme.

However, Raghuram Rajan, former governor, Reserve Bank of India (RBI) warns against the restoration. According to him, while expenditures may currently be curbed, liabilities may arise in the future. The very reason for adopting the new scheme was that enormous liabilities had accumulated due to the old scheme. He is reported to have said that although it is up to the states to decide their course of action with regard to the pension scheme, the aim of the schemes should be to benefit the economically weak members of the population.

Meanwhile, the employee unions are preparing to protest, nationwide, if their demand for restoring OPS is not met.

The most recent state to express eagerness to revert to the OPS is Maharashtra. Chief Minister Eknath Shinde recently admitted that the Maharashtra government is positive about the OPS for teachers and government staff.

Under the old pension scheme, employees are guaranteed a fixed pension basis their last drawn salary and tenure. Therefore, it provides more security compared to the NPS, which is a defined contribution scheme, wherein individuals can invest in various pension funds, and the pension received depends on the investment returns generated by the pension funds.

Disability compensation for all CG staff