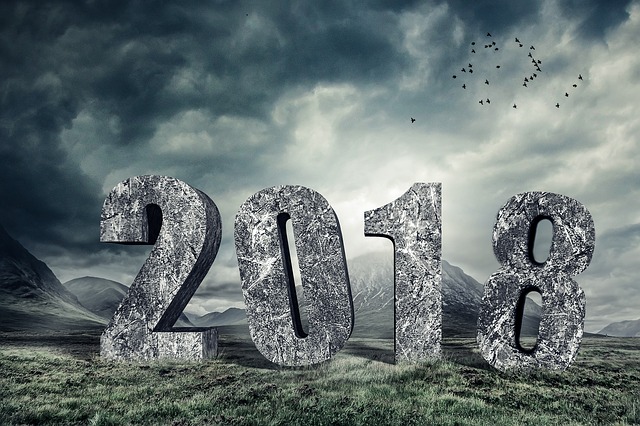 Adieu 2018! We welcome 2019 with new resolutions and firm aspirations, but before that, let us recall the significant movements, mergers, and developments that took place in the year that has just gone by.

Movements— Some daring, some progressive, some shocking

• Sudeep Ralhan had joined Walmart Labs as senior director-human resources. He had moved from GSK Consumer Healthcare, where he was country HR head.

• Unmesh Pawar quit Accenture in March, to join KPMG as partner and head, HR function for KPMG in India. He replaced Shalini Pillay, who was elevated to business managing partner.

• Yashwant Mahadik joined the pharma company, Lupin as president- global HR. Prior to this, Mahadik was with Sun Pharma.

• Zee Entertainment appointed Animesh Kumar as chief people officer. Kumar had moved from the Future Group, where he was chief people & transformation officer for only five months, prior to which he spent long years at IDFC Bank.

• Emrana Sheikh moved from Asian Paints, where she was heading HR for over three years, and joined Johnson & Johnson as enterprise HR head. Indrajeet Sengupta, who was head-HR at Johnson & Johnson for eight years, joined Coke India as CHRO.

The ‘mergers and acquisitions’ space

• The mergers and acquisitions in the telecom sector and closure of several services, have cost thousands of jobs. First, it was Aircel, Tata Telecom and Reliance Communication followed by the Airtel and Uninor merger, and then the Vodafone-Idea merger – all of which resulted in massive layoffs in this sector.

• The Union Government announced the merger of Bank of Baroda, Vijaya Bank and Dena Bank in what was slated to be the second significant merger in the banking sector, to create the third largest globally competitive bank in India. The merger has invited widespread protests from across the nation.

• Indian IT services company, HCL Technologies, will acquire seven of IBM’s businesses at the cost of $1.8 billion.

• In one of the biggest deals across the consumer goods space, Hindustan Unilever Limited (HUL) bought over GlaxoSmithKline’s India business, including the popular Horlicks, Boost and other brands, for around $3.8 billion.

Diversity – A supportive environment for inclusion

HR will have to revamp its efforts to ensure a strong culture and a safe work environment for women. After its inception in the US a year ago, the #MeToo movement is now disrupting India with so many people being unmasked. Whether or not these allegations are true, is an endless debate. However, the best that the #MeToo movement has done is to make people break the shackles of fear and hesitation in discussing the subject.

While companies welcomed the dissolution of Section 377, they will take a while to accept the change and promote it in their diversity and inclusion agenda. With the Supreme Court verdict pronouncing the same fundamental rights to the LGBT community as other citizens of the country, it is a moment of victory for the lesbians, gays, bisexuals and transgenders in India. Organisations need to pitch in for the Community to make them feel safe at work.

Highlights from the Compensation & Benefit space

As per the India Wage Report by the International Labour Organisation, the real wages have doubled and the GDP has increased four folds between 1993 and 2012, but there is a lot of segmentation and informality in the country’s labour market. This naturally acts as a hurdle in ensuring adequate working environment and inclusive growth.

PSU Bank employees not so excited about ESOPs

The public-sector banks have been offering employee stock options to employees. However, due to the fragile financial profile of these banks and the dim chances of profit, employees are not very keen to subscribe to these stocks, unless they are given to them at a heavy discount, that is, well below the prevalent market price.

Jet Airways’ pilots upset over non-payment of salaries, have even threatened non-cooperation

The debt-ridden Airline is struggling to recover from a financial crisis.

The Company offers its digitally up-to-date human resources generous remunerations, based on their expertise.

The reservation has been recommended considering the troubles that international border residents in J&K are subjected to frequently, including displacement and mental trauma.

Pay inequality to be eliminated for all Uttar Pradesh government teachers

The State Government has accepted nine demands of the Employees’ Union leaders and five demands made by the government teachers.

Employees can expect a jump of 100 per cent to 150 per cent in their salaries after going through the programme. Under the initiative, employees are trained in various high-level skills and moved to different roles, which demand high skill sets.

A letter was sent to the CEO demanding inclusion of contract and temporary employees in the updated policies.

Mumbai is the highest salary payer in the AI sector

Why the role of line managers is even more important now

How to encourage participation during virtual meetings