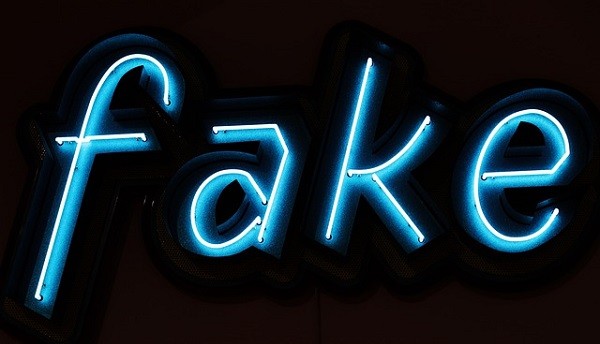 With rapid job cuts in the past couple of years, the employment scene in India has been in a soup. The pandemic just worsened the situation as many organisations decided to let go of its employees as business was badly hit. In the midst of all this, what also raised its ugly head is the menace of job scams. SAFERjobs, a charity supported by the UK government, found a 66 per cent rise in fake jobs during the lockdown, which means these scams are becoming rampant. Although there are many signs that could serve as red flags, these job posts are often designed in such a manner that desperate job seekers end up giving in to the temptation.

It is an organised industry, where fake job agencies are set up with several employees. These agencies also conduct bogus interviews to make it all look very authentic. So how does an organisation ensure that job aspirants don’t fall prey to such fraudsters? Our HR experts unitedly feel that more the awareness, lesser the damage. They also advocate filling legal cases against the miscreants.

Saba Adil, chief people officer, Raheja QBE General Insurance Company, is of the opinion that organisations should issue advisories on their websites regarding this. “These posts are difficult to control. We issued advisories on our website and communication channels about these fake job portals. We made people aware of the authorised channels to apply through. If it comes to our notice, we take that particular post, brand it as fake and put it on our website. Generally, they ask for money and such things.”

Adil feels the problem is that organisations are notified only when the job posts are out. “There are instances where we have tried to trace the numbers, only to discover that they are switched off. People will have to use their own discretion and pay due diligence before coughing up any money,” Adil says.

The pandemic did hurt many over the last one year. Despite the corporate world trying its level best, job opportunities have reduced because growth did not happen as was expected. As a result, the job market shrunk. During this time, resilience, trust and honesty were more important, insists Paramjit Singh Nayyar, CHRO, Bharti AXA General Insurance. “Any corporation follows certain hiring channels and the talent acquisition person has the ability to validate whether the opportunity circulated is authentic or not. At the same time, research partners also need to be accountable and share job openings when they really emerge. It hurts the applicants and also the brand image of an organisation.” Nayyar advises applicants to check the source of these posts. They should ascertain whether they are from an authentic channel. It is critical to identify the source. “Also, one quick litmus test any applicant can do is to see if the post is asking for money. Organisations don’t really demand money to interview or assess candidates. If a post is asking for money after selection, then that may be an indicator to tell us what it is,” Nayyar adds.

There are a few red flags that need to be spotted in such posts, which are often quite obvious. The biggest one, as Nayyar points out, is if the post is asking for money. It is a clear indication that something is not right because no talent assessment by any big organisation will involve money. Sharing his own experience, Jayant Kumar, Jt president – HR, Adani Group, reveals, “A few years back, hundreds of appointment letters were issued under my name. I was really concerned as people used to land up at the office with those letters. It was so heart breaking to see people from humble backgrounds getting duped. We need to create awareness about such scams. None of the good brands will take money from a candidate in return for a job, and these fake rackets are run in the name of large brands alone. Corporates need to publicise on their website and other channels that they do not ask for any money, and if anybody is demanding the same, the matter should be reported.” Kumar had posted about the same on Linkedin
and had also shared his phone number and email id. That helped, because when anybody came across such fraudulent offers, they would mail him asking about its authenticity. He would respond by asking them to refrain from entertaining such mails.

Kumar has also urged many such applicants to take the legal course against these racketeers. Explaining in detail how these racketeers manage to get away, Kumar says, “These rackets are unbelievably well organised. I was always of the belief that any person with a bank account number could be traced. But what these scamsters do is, they ask the first candidate to open a salary account and obtain the user credentials. Then they ask the second candidate to deposit the money in the first one’s account. By using candidates’ accounts to siphon money, they become untraceable.” Kumar delved deep into the issue and discovered that scams were run by small organisations with 30-40 employees. They take fake interviews and send such job postings to the applicants. “Therefore, it becomes imperative for corporates to publicise a statement drawing attention to the fraud. There should be some kind of a number that candidates can dial in to verify such fake posts,” Kumar says firmly.

While taking action itself is a messy decision, it is important. SV Nathan, partner and chief talent officer, Deloitte India, recounts, “There was a woman who paid Rs 3 lakh to get a job. A friend of mine called me and requested if I could help her. I called the cyber police and tracked down the man. That guy claimed to have spent it all. However, after a few lashings, he coughed up around Rs 2, 20,000. The victim was promised a job that would pay her Rs 20 lakhs as salary. I requested my friend to lodge a complaint with the police, but his organisation didn’t have the time to get into all this, especially since such cases were a rarity.”

Nathan agrees that the only way to curb this menace is by spreading awareness. “Leading brands will not go through agents. They don’t involve middlemen. Even when they use the services of head hunters, they do not pay any money to them. These head hunters get their cut when they are able to get the right talent for the company. Legal action can be taken if head hunters are found asking for money,” he asserts.

Clearly, it is up to the applicants to spot the red flags and take necessary action.

How to manage pessimism around ‘change in roles’