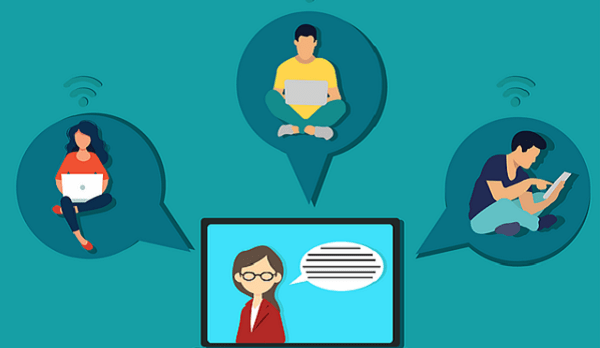 COVID-19 has been quite cruel, but it has also opened up vast possibilities in terms of work-life balance. The biggest paradigm shift is, of course, remote working with many companies admitting that work-from-home has indeed spiked productivity. It has also made the world a much smaller place, with the talent pool nullifying location boundaries, as now anybody can be hired anywhere. Human resource departments have already moved a major part of the recruitment and onboarding processes to the digital medium. While all this has obviously eased out the burden of a changed workplace structure, instances of bias have emerged. One of these is, distance bias – the tendency to incline towards the one who is closer in terms of time and space than the farthest one.

It is the classic case of ‘out of sight, out of mind’. Many suggest it is the brain’s tendency to favour people, who are closer in terms of time, space or access. At times, members of a remote team can feel a bit slighted. Social connect is lost when work moves online and that can give rise to distance bias. It can hamper decision-making as some of them may feel conflicted to voice their opinions if they are not given proper attention. However, it’s nothing new, as suggested by the HR experts we spoke to.

“Through digital enablement, I can connect with almost 100 offices every month. I do think that it can be equally powerful and effective. Although I agree with the ‘out of sight, out of mind concept’, digital will in fact help to mitigate this.”

Lakshmanan MT, CHRO, L&T Technology Services, believes biases have always existed, the virtual space has just aggravated it a bit. “Pre-COVID, if there was a situation where out of 10 people in a meeting room, only two people spoke and the others didn’t, wouldn’t the remaining eight be ignored? If they never spoke, their views would not be available for consideration. Now coming to the post-COVID scenario, in a TEAMS meeting of five people, if only two people speak, it is obvious that only their views will be considered for decision-making. Therefore, whether it is a physical room or a virtual space, the fact remains that in order for a person’s views to be heard or considered, she/he has to speak, irrespective of the medium.”

He also asserts that what is spoken and how it is spoken are also important here. In a physical world, if a person is talking convincingly with the right content and context, that person’s views are generally accepted. Similarly, in a virtual workplace, if two people are speaking, whoever makes the maximum sense, his/her view is taken into consideration. “However, if a person is unable to put across his point convincingly, no matter how good it is, it doesn’t get counted. Therefore, it’s not just about the opinion but how effectively the opinion is communicated. Again, it’s the same in both the worlds,” Lakshmanan M T points out.

Biases exist as never before, but people with strong social skills and empathy are able to navigate the corporate world better. It’s the best way to deal with such biases. Lakshmanan also brings up a kind of bias, which used to happen in the physical world and has now spilled to the virtual platform. “In a room of four people, three belong to a certain region and the fourth does not, there is a possibility of the three ganging up together and leaving the fourth one out. If these three people unitedly speak on something, it is quite likely that their viewpoint — as they form the majority —will prevail over what the fourth person says. These are typical biases in the Indian context, which have always been there. The only difference is that the new normal has amplified them.”

“If a person is unable to put across his point convincingly, no matter how good it is, it will not count, whether he is in a physical meeting or a virtual one.”

Technology obviously works as a saviour here. Many such biases can be solved through various frameworks, as it has become easier to connect with far-flung and staggered teams.

Nilay Nilay, CHRO, India Shelter Finance Corporation, firmly believes that digital has added a new dimension, which will help mitigate these biases. “International travel for many companies will become one-third of what it used to be, because virtual connect is the way forward. Companies are looking at cost-effective solutions as well as more real-time ones. I have over a 100 offices across the country and if I plan to visit each one of them, it can only happen once a year at every location. Through digital enablement, however, I can connect with these offices every month. I do think that it can be equally powerful and effective. Although I agree to the ‘out of sight, out of mind concept’, digital will in fact help to mitigate this. That is because, this bias is not so much by design. “

Both Nilay and Lakshmanan spoke about a behavioural trait in virtual workplaces, which could emerge as a challenge and require sorting out. Lakshmanan M T reveals that one of the shortcomings that was amplified due to the digital move is the way people perceive each other’s workplaces. “For instance, if one is talking to someone in Mumbai during the monsoons and on a video call, one may see clothes hung in the room to dry. If one makes an offensive comment about that, it only shows lack of global social skills. In Mumbai city, people live in one-room kitchen setups, and it is common for it to rain for 72 hours straight. People have no option but to dry clothes in the living room. Lack of empathy and social skills can be detrimental here,” he points out insisting that he isn’t exaggerating at all.

As for Nilay Nilay, apart from creativity that takes a hit — due to the absence of people around one to bounce off ideas, in a remote-working setup — there’s also one other thing that can lead to some biases, although unconscious ones. “There’s some divide between existing employees and the new joinees. As humans, we tend to trust people we have seen, known or met. Many people were hired and onboarded virtually during the pandemic. The existing employees, however, tend to trust the ones they have met more than these new ones. The familiarity factor comes into play here,” he reveals.

While the distance bias may not be a pronounced side effect of a virtual workplace, there do exist a few biases that need snipping in this new normal.

Can a penalty clause in offer letter stop ghosting by candidates?