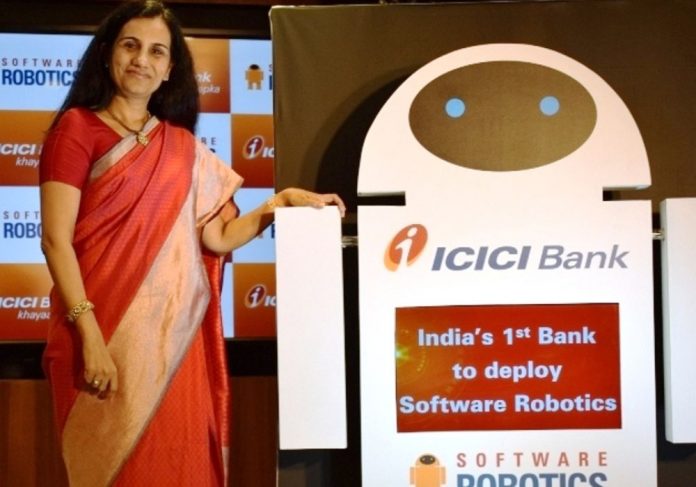 The demonetisation wave has not only forced the Indian economy to go cashless, but has also brought about a deluge of work for the bankers. In the wake of these economic changes, the banking industry is mulling another big transformation — use of artificial intelligence (AI) to streamline and digitise the otherwise tedious manual tasks.

The company said that the robot, capable of multitasking, will soon be integrated to its automation process. According to the bank, sensitive financial information, such as account details are displayed discreetly on the robot’s screen and not voiced.

Lakshmi, who currently speaks in English, gestures, turns around and engages in a life-like manner in conversations. Unlike most robots, her speech is not formal, but more relaxed and casual. In the next few months, City Union Bank is planning to try its hand at programming the humanoid to greet customers in Tamil as well. “We are also looking at enabling it to service visually challenged individuals. Worldwide, very few banks employ robots at branches and we want to bring a whole new experience to India,” said MD & CEO, N.Kamakodi.

Also, in September this year, ICICI bank also deployed ‘software robotics’ in over 200 business processes across its various functions. These software robots that emulate human actions to automate and perform repetitive, high-volume and time-consuming business tasks cutting across multiple applications, helped the bank reduce the response time to customers by up to 60 per cent. They also increased accuracy to 100 per cent, thereby sharply improving the bank’s productivity and efficiency.

Consequently, the bank’s employees were able to focus more on value-added and customer-related functions. The software robots now perform over 10 lakh banking transactions every working day. Chanda Kochhar, MD & CEO, ICICI Bank, said, “This initiative marks a milestone in banking innovation in the Indian banking industry, as it joins a select group of overseas organisations, which have deployed this unique state-of-the-art robotic technology in such a large way.”

Talking of the benefits of introducing robotics, she added, “It will also enable our employees to focus on more value-added services while enjoying better work-life balance. I believe that the implementation of ‘software robotics’ will herald a transformational change in the Indian banking industry. We plan to more than double the software robots to over 500 by the end of this fiscal.”

Meanwhile, HDFC Bank has also launched Project AI, with the first product ready for deployment. The plan is to introduce the robot, whose name is being finalised, in one HDFC Bank branch first and then scale up the project based on the experience.

This emerging trend is being seen as one that will improve efficiency, ensure accuracy, save time and bring about better work–life balance for the staff. However, whether it will replace the relationship managers altogether, is yet to be seen. In case it does replace jobs, bankers in India will have to now proactively re-skill or upskill themselves to perform larger roles, beyond the capabilities of the AI- powered robots. One thing is certain—artificial intelligence and robots, if utilised wisely, have the power to bring about a paradigm shift in banking in India.

Don’t cheat your employees, it will backfire

Role Reversal: How managers are being evaluated by their teams on...