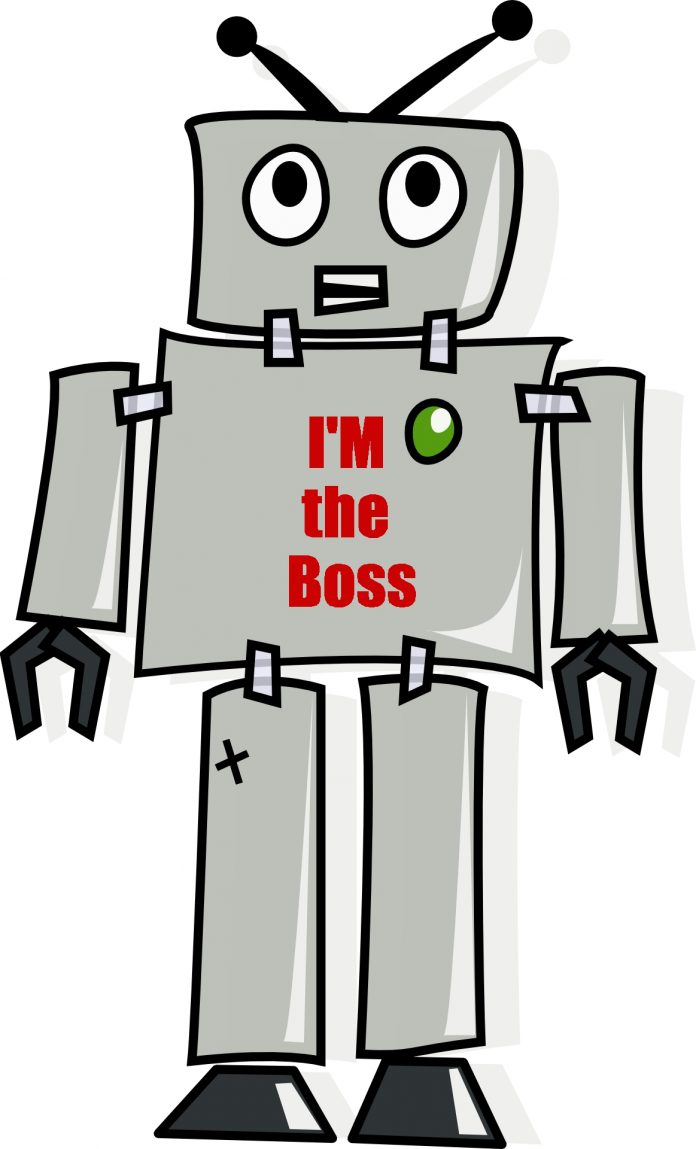 With increasing automation, humans are drifting towards logic, but emotions still play an inevitable part in impacting thoughts and decisions, differentiating machines from humans.

A boss may be a mentor, a good friend, a pillar of support at work, a chill-out buddy post-work or a nasty, authoritative, stubborn leader, almost a workplace foe for an employee. However, these perceptions about a boss come from the human emotional biases and personality traits that influence the way one individual perceives the other. The idea of a robot as a boss or robo-boss on the other hand, may present a completely different picture of a boss–subordinate relationship.

With rapid developments in artificial intelligence (AI) and cognitive computing, robots taking over the corporate reins may soon be a reality. However, experts unanimously believe there is one aspect that will bring about acceptance and appreciation for robo-bosses in the real world and that is – emotional intelligence. With increasing automation in various fields, humans are drifting towards logic, but still emotions play an inevitable part in impacting thoughts and decisions, which is what differentiates machines from humans.

Abhijit Bhaduri, ex-CLO, Wipro shares how Ray Dalio, founder of the US-based investment firm, Bridgewater Associates, believes that a manager’s role is based on a series of logical decisions, and with that as the basic assumption he is building an operating system called the Principles Operating System. He is working on an intricate algorithm for the same, using recordings of various business meetings, decisions and outcomes. Bhaduri shares that the whole concept is based on the belief that if an outcome is better, logically, the emotions that an individual feels in the situation become irrelevant.

“However, human minds work differently. For instance, it doesn’t take much for a manager to let go of a non-performer, but the decision may work well only in a model where talent is infinite and it’s easy to logically replace one with the best talent. Humans, on the other hand, decide and act differently in such situations where feelings and emotions are involved,” Bhaduri opines.

The flaw in the argument about having or not having a robo-boss is that, a robot may only look at the logical aspects of the issue at hand but for human beings there are various other subjective choices, likes, dislikes and feelings that play a part in decision making. In this regard, Adil Malia, group president-HR, Essar Group says, “Robo-boss is a reality with artificial intelligence and predictive analysis becoming critical ways forward to success. But howsoever smart and intelligent the robo-boss may be, if the DNA of his algorithms do not help him build an emotional connect with the people he has to lead, his ability to deliver will always be in doubt.”

Human beings do certain things that can’t simply be explained by logic —actions that are driven by hope, faith, anger, jealousy, passion, aspirations and so on. For instance, we may decide to keep someone on life support in the hope of recovery, even after being ascertained by experts that there are no chances of survival. In the corporate scenario, take for example, a situation of a mass layoff —“To tell someone that their role does not exist anymore, in the process of terminating jobs or bulk layoffs, is not an easy one to do considering human emotions. As humans, we try to make the process as painless as possible. However, robots may not be able to do it the same way,” says Abhishek Jha, global human resources director, e-Emphasys Technologies.

All said and done, the reality is that undoubtedly robotics is on an upward track, as it has already taken over certain kinds of jobs. Malia says, “Humanised digitalisation is the pressing agenda for our future transformation.” However, at present, it seems there are only a few specific industries or domains where robo-bosses can actually exist and be appreciated. As Jha shares, “Robo-bosses may soon become a reality for the shop floor, where one is not required to think or improvise but everything runs in a routine manner following a set of instructions, such as in manufacturing. For other fields, it may take another lifetime to be really guided by robots across domains and industries.”

Workplaces now need to be consciously empathetic as humans are driven by both logic and emotions. That is also why organisations have to work towards employee motivation, engagement and so on. Managers, especially in people-intensive industries, have to keep wearing their emotional hats to customise and improvise on their behaviours and decisions according to the situation. In line with that, Sameer Khanna, VP and head – human resources at Ericsson India says, “As long as the robo-boss is able to understand and appreciate emotions, it might work otherwise not. Behind all the logic, the robo-boss will need to have a heart or rather, the ability to understand the heart of the matter.”

As humans have individual likes and dislikes, which are not logic-driven, the concept of a robo-boss, for now, sounds good on paper. However, its development to an acceptable level looks like a long way off. Principles of social psychology are currently being mutated at research level in an effort to instil emotional elements in the behaviour of a robo-boss. “We are certainly in for exciting times when Robo-Jeeves will become Robo-boss!” Malia exclaims as he concludes “Whilst it is true that the world was designed by kind men, who said that this world was exclusively designed for man-kind?”

A teacher’s work life during lockdown

Perks: A way to say you care