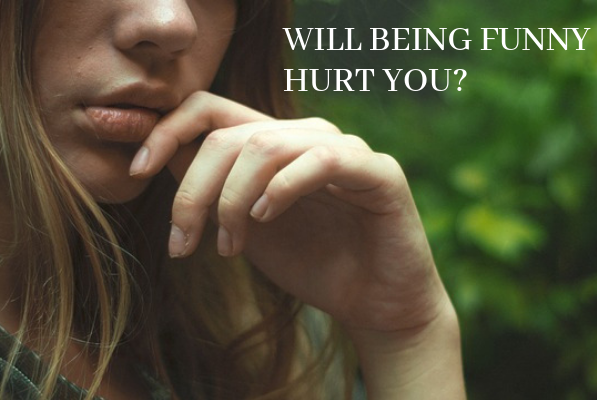 ‘Gender bias’ has been a widely popular topic and amongst the most trending on social media, especially post International Women’s Day. In fact, the way the Day was celebrated by Indian women made most men wonder when International Men’s Day was or whether there was such a day at all. Gender parity is a subject that crops up at the workplace, in almost every aspect— from leadership representation to gender pay gaps in organisations. But does gender bias also exist when it comes to being humorous during presentations or in business meetings and settings?

Let us take the case of a formal presentation at the workplace, for instance. Each presenter or speaker tries to add some humour to gain attention and to lighten the mood of the audience. But does the manner in which the audience receives the humour or reacts to it, depend on the gender of the speaker? When team leaders or managers crack a joke to lighten the mood of the team members, are they perceived differently according to their gender?

A recent study published in the Journal of Applied Psychology states that humour, when used by men, is taken as less disruptive or distracting as compared to when it is used by women. It says that when men use humour during presentations they are given a higher status in the organisations, get higher performance ratings and are believed to have good leadership qualities. However, if women do the same thing, they are seen as lower status, are given lower ratings and are considered as poor leaders.

For the experiment, researchers hired two actors (a man and a woman) to play the role of a retail manager, who presents a quarterly performance report. Researchers also hired two regional managers (again, one male and one female) who review their reports. They recorded two version of the presentation. One was without humour and the other punctuated with jokes. After the participants reviewed the resumes and the videos of both the managers, the woman manager was given a lower performance rating when she used humour as compared to the male manager. The male manager, on the other hand, was rated higher when he used humour. The results were consistent irrespective of the gender of the participants.

The study revealed two types of humour at work. One type helps lighten the mood of people and acts as a motivation factor for employees. The other type is considered disruptive and a cause of distraction. Those who use the latter, are considered to be less committed to work and more inclined towards fun and entertainment.

As per the research, women are generally linked to the latter type of distracting humour. This is probably because they are stereotyped as less achievement oriented and also less ambitious, as they are expected to fulfill family responsibilities. With women being known to grapple with dedicating time to both work and family responsibilities, the general perception has come to be that women are less dedicated to work.

I personally come from a background in which women are educated and some of them also hold leadership positions in their organisations. They are inherently humorous and my mind has never questioned their leadership competency. While they are capable of being funny, they are also very serious and strict when it comes to their work regardless of family responsibilities.

But never to miss an opportunity to learn the opinions of experts, HRKatha called up to know the views of some HR leaders, and this is what they had to say:

I do agree that in our society there is a prejudice that being funny and humorous does not fit the image of women. When a male cracks a joke or tries to add humour, he is considered a cool boss who can entertain and engage his audience. However, in the case of women, the same perception may not apply. In my professional career I have seen such instances with some women colleagues. I have seen their hurt faces in a meeting when they crack a joke. Such a situation arises only because there is a prejudice attached to women. They are expected to behave in a certain manner and follow a code of conduct. Gender bias and inclusion is a bigger thing to understand. There are a lot of differences between a man and a woman, but we need to understand that there are similarities too. I think inclusion is a journey in organisations and we are moving towards it. Employees need to be aware of such bias and be sensitised.

I do not really agree. In my career I have not experienced such a bias and have not witnessed something like this happening to anybody else. I believe that being humoristic in nature adds value in a leader. If a leader is funny and humoristic it is very easy to engage people and get their attention, irrespective of gender. I agree that in our society women are expected to behave in a particular manner, but it may be related to partying and being out with friends late in the night, but not with expressing humour.

No, I do not go with this statement. I have seen many times that cracking jokes and adding humour plays a very big part during presentations or in business settings. The perception of the audience has nothing to do with the speaker’s gender. In my opinion, it mostly depends on the kind of audience, the situation and the timing. If a joke is cracked by a leader in the conference room in the middle of an extremely serious discussion, at that time it may not be perceived positively, whether it comes from a man or a woman.

I completely disagree with this statement. Good humour never fails. It totally depends on the timing and the place. When the time and place are wrong, the joke will not work anyway. In my career, I have seen admirable leaders with a great sense of humour, regardless of their gender. There is no gender bias attached to being funny at workplaces.