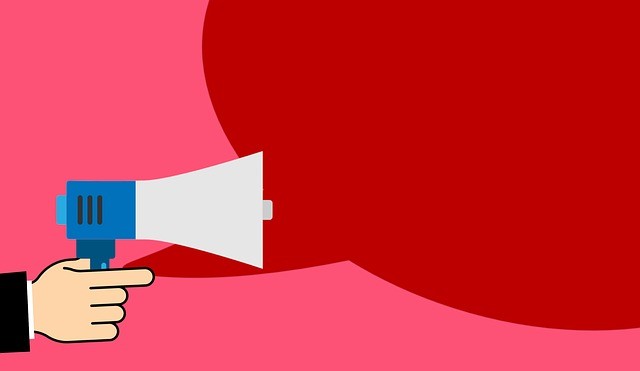 Common wisdom on leadership promotes ‘leading by example’. This may cause leaders to assume that only their actions are watched; that what they say and how their words are interpreted by their teams are of little significance. But the truth is, the words or phrases leaders use can have a substantial impact on their team’s morale and productivity. During meetings, it is easy to read the body language of all the participants, including the speaker.

However, with virtual meetings becoming the norm today, it is essential to understand that words leaving an individual’s mouth, especially a leader’s, can be interpreted in myriad ways.

Hence, after thorough research, we have drawn up a list of certain negative phrases, which can actually be replaced with positive words or phrases in order to boost the morale of the team, especially in virtual meetings.

1. “Why are you not convinced with this point?”

Laying open ground for criticism and encouraging your employees to take a road less travelled can give them the confidence to present their views in front of their leaders. In these times, when ‘virtual meetings’ and ‘work from home’ are becoming the new normal, people are already finding it difficult to stay glued to their laptop screens for longer hours.

This is the time when employees are full of concerns and queries, and hence, the time for leaders to be open to criticism.

As a leader, dismissing the concerns of your employees and blindly saying “that is not important”, can make them feel that their thoughts and opinions don’t matter. Physical presence reveals a lot about the listener’s body language, which isn’t well projected in virtual setups. Hence, the employees should be encouraged to speak more and put forward their viewpoints more often than usual.

2. “We have been using these strategies for long. Is there something new that anyone can come up with?”

Leaders should never want their employees to stop thinking. Rather, they should be open to new ideas from the millennials and their team members, instilling in them the value of being change makers or trendsetters. Leaders should train their workforce to be experimenters and risk takers.

Work from home (WFH) was also an experiment, which has proven to be rather successful, so much so that it has come to be the new normal and is steadily gaining acceptance amongst companies. Similarly, new ideas and strategies should also be tried and tested for successful virtual working.

No matter what the situation, leaders cannot just enforce their age old and conventional techniques, blocking the creative mindset of the employees in the process. A phrase, such as “this is how we have always done it,” clearly portrays that the company isn’t willing to try anything new or introduce a positive change into the existing system. It shows that the leader is not open to creativity. It tells the employees that they are just a cog in the wheel, rather than a unique piece in the puzzle.

3. “Could you walk me through the plan which we have just discussed, just to make sure that we are all on the same page?”

This is one way to be clear of what the team’s takeaway from the meeting is. It also gives an opportunity to those who aren’t sure of certain things to receive a run-through of the whole discussion once again.

If the leader has tried to feed them with a lot of information in just one meeting then it can be very difficult for them to register everything. Hence, a statement such as, “have I made myself clear,” is bound to get collective nods, even if many of them are unclear about certain aspects addressed by the leader. And if the meeting involves a several employees, few would have the courage to seek clarifications, as they fear making a fool of themselves in front of the whole lot.

The ability to instill a sense of togetherness during hardships is what the employees look for in their leaders. Working from home amidst the usual household chores and focusing on how to keep the businesses up and running cannot be managed single handedly. Like everyone else, even the leaders are battling the same storm, and only the leaders themselves can make the employees realise this. It is up to the leaders to make the employees aware that they themselves, as leaders, are facing similar issues and negotiating their way through a similar crisis.

In order to send out a message of togetherness in a crisis situation, usage of the word “I” should be reduced. Saying that, “I am also fighting the same storm,” can have a negative impact on the employees and they can even separate themselves from being a collective entity. It is true that we need to stand together as one in crisis, but it is easier said than done, especially where distances are too huge to be bridged. While physical presence in such times can do wonders, when left with no option but virtual access, the new concept of ‘We will get past this together, virtually,” will need to be driven home.

While work from home as a possibility was uncertain until now, in industries other than IT services, most managed to think of backup options to keep the businesses up and running.

Hence, leaders should mandate that there is a backup option for every experiment, so that there is something to fall back on in case the experiment fails. Working on a new plan is fine but having a Plan B in case Plan A backfires is important, just like the present work-from-home model, which was a backup for a situation where travelling to work became impossible.

“Failure is not an option anymore,” implies that employees are not allowed to experiment or given the room to try anything new; that they are meant to take the road already travelled by many to ensure guaranteed results. Encouraging backup plans will ensure the leader reaps the benefits of the team’s creativity.

For leaders to be able to display empathy and compassion towards their employees, they have to go through an internal process first. After all, leadership is internally felt, but externally experienced. The important thing to keep in mind is that everyone is battling the same storm but not in the same boat. Leaders are expected to perform actions, which their juniors can look up to or emulate. Therefore, leaders need to create the circumstances to ‘lead by example.’