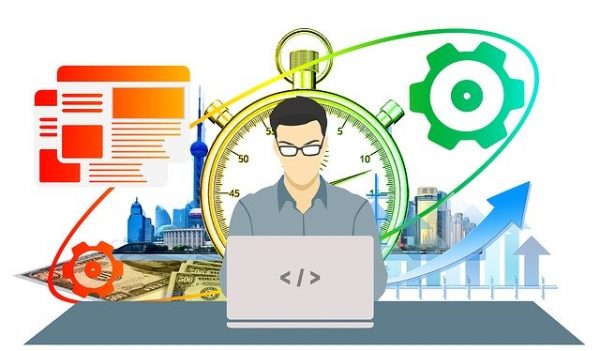 The concept of Teal organisations is a new one, where self-management replaces conventional management.  At first glance, it sounds utopian and also quite possibly is. A popular topic of discussion, it presents an exciting new area for organisations to step into. However, its sustainability as a successful management system still remains debatable.

It essentially suggests a system of self-management based on peer relationships without hierarchy or any central command. Moreover, it involves employees negotiating responsibilities with their peers, charting out their own goals within the company and deciding on their compensation themselves.

Sounds impossible and too good to be true? Well it is pretty much a picture of an organisation without rigid rules, functioning in unison, as a single organism. This may be hard to believe in today’s world where management dictates the terms.

Biplob Banerjee, CPO, Allied Blenders and Distillers, says supporting such a management system, while seemingly possible, presents constraints. “There is a maturity factor involved. Organisations may find it hard to believe that employees are mature enough to be involved in such a system,” says Banerjee.

That makes sense. In a world where the new-generation employees are known to be job hoppers and loyalty in the traditional sense is seldom found, the possibility of such a concept may be hard to digest.

Kamlesh Dangi, CHRO, Incred, explains that there are other issues in sustaining such a system. Taking the case of compensation in Teal organisations, he says, “People contribute in different ways to an organisation, and it may be difficult to have everyone on the same page when it comes to compensating for that productivity.”

For instance, the contribution from a risk manager may be minimal on most days of the year except when emergency arises. His contribution, therefore, will be disproportionate to that of most employees. If that person is drawing a bigger pay cheque, other workers may question the remuneration by looking at his minimal contribution during the rest of the year.

People contribute in different ways to an organisation, and it may be difficult to have everyone on the same page when it comes to compensating for that productivity

So is it a just a trend?

Teal management may have some real possibilities. Also, while the recognition of the concept may be new, in practice it has been done before. Ricardo Semler, a Brazillian businessman and former CEO of Semco, introduced a radical industrial democracy, where the organisation functioned in a way similar to the Teal approach. He grew his organisation from a four million dollar company in 1982 to a 160 million dollar one in 20 years. All of this without a set rulebook and by letting employees set their own salaries.

In Semco, Semler deployed radical transparency by revealing how much revenue the Company was taking in, profit margins and salaries. With that information, employees were asked to set their own standards in compensation. As it turns out, due to peer pressure, employees paid themselves within industry norms.

Despite its success, Semco closed down. However, it presented an interesting possibility of a radically different style of working.

Banerjee concludes that a Teal management style may become the order for the future of management. “Teal is what the world is moving into, yet baby boomers and many in Gen X still believe and practise the old theories. A transition is inevitable, and is already happening. However, leaders still cling to the old school of command and control for sheer lack of curiosity, self-awareness and a certain intellectual arrogance. The average life cycle of companies is anyway disrupted and will further get reduced if Teal is not embraced.