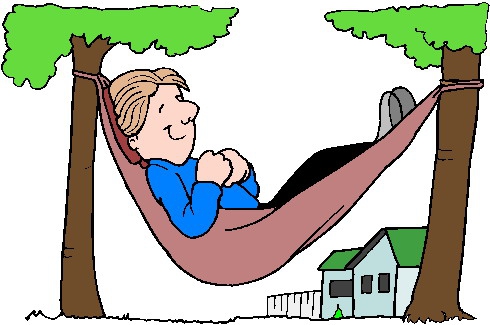 While resting seems unproductive, research shows it may be one of the most productive of activities.

Rest—perhaps one of the most undervalued, is a necessary component of human life, especially today, in our 24/7 economy. Not surprisingly, resting appears to be unproductive. But it turns out that resting may be one of the most productive things we do on any given day.

While we are all trying to get things done faster and better, we may at the same time be compromising on something. In the race to perform better, stay relevant and accomplish more than what’s expected, most workers of the day exhaust themselves to the core, experiencing stress that directly or indirectly impacts their professional and personal lives. This has become a way of working and goes completely ignored until symptoms of physical disorders also appear.

A recent research by Darden Professor, Manel Baucells and Lin Zhao of the Chinese Academy of Sciences, Beijing, discusses the working patterns of today’s workforce, about one-third of which reports not only being overworked but chronically overworked. The study concludes that taking optimum breaks during a workday can ensure lesser fatigue and better productivity.

While various other studies have also indicated that the problem isn’t really about logging too many hours at the office, it is the way people work that’s exhausting them. With multi-tasking, too many distractions (causing lack of focus), and on-the-job pressure to produce more as fast as possible,   people are unable to take breaks, be it vacations or workday breaks. And that, Baucells’ and Zhao’s research indicates, is a big mistake.

In order to emphasise the need for rest, it is important to look at what Baucells and Zhao call the Fatigue Disutility Model. The model, developed on the basis of common sense and past research evidence, brings out three key facts about work and stress:

“While fatigue necessarily builds up during the working hours, it’s alleviated by rest — a short walk outside, lunch break and of course, a good night’s sleep. And it’s on this day-to-day level that employers can easily implement changes to alleviate the impact of both short- and long-term fatigue,” Baucells and Zhao mention in their research.

Explaining how workers’ efforts are distributed over a workday and how that impacts their stress levels, Baucells and Zhao define different working styles through two basic conditions:

This is a high-low-high effort pattern, which they claim is the best way to manage fatigue when the rate at which an employee works can be modulated. The pattern implies that one begins and ends the day with maximum intensity, but takes it easier in the middle. It’s similar to a marathon, where the duration of the maximum intensity will be short, and the idea is to keep a moderate steady pace during the day.

“If the work day is short, then it is best to prolong the maximum intensity periods at the beginning and at the end, and take it really easy in the middle,” Baucells and Zhao suggest.

On the contrary, they explain another pattern – a vicious cycle in which some workers may find themselves. They say, “For those who start out slower (perhaps because they didn’t sleep much the night before, never took a break after the last project or put in too many intense-effort hours the day before) and proceed in a low-medium-high pattern, the termination period will have to include such a high level of effort to make up for the slower start that it leaves workers too fatigued to start the next project at a high pace. So the pattern continues.”

In jobs where efforts cannot be modulated, such as operating a machine, or attending to customers at a retail store or restaurant, or performing mental tasks that require constant concentration, workers must either work 100 per cent or take a break and not work at all. In such cases, there is no such concept as working at one’s 25 per cent potential.

Why is rest best to combat work stress?

While resting seems unproductive, research shows it may be one of the most productive of activities.

In the All or None case, Baucells and Zhao suggest that the best distribution of effort is to begin and end the day with ‘On periods’, but take breaks in between the day. “Far from unproductive, breaks in these situations should be seen as investments in future productivity, because they actually smooth out the fatigue level and recreate the ‘take it easy’ portion mentioned above,” they say.

This makes it quite clear that optimal breaks reduce work time and help increase output. In the workplace as well, if an employer or the managers insist too much on employees keeping a high pace all the time, they are not only wearing out their workers, they’re also harming their own productivity and profits. “This is because, wage costs will, in one form or another increase, be it through high turnover, absenteeism, low morale and productivity, or higher worker demands due to fatigue,” Baucells explains.

Fatigue is a subjective area, and is extremely difficult to recognise until it reaches extreme levels. Hence, it is important that managers and organisations realise the importance of a balanced working style, with enough rest involved to manage fatigue at work.

Long work hours have become a norm for the present day worker and even Baucells’ and Zhao’s model is not against long hours, provided more breaks are allowed during work. Google, for instance, understands this and makes the work environment pleasant, promoting fun distractions, while at the same time, encouraging long work hours.

With that, Baucells concludes, “Many of us wear busyness and overwork like badges of honour. Maybe it’s time we see them for what they are: drags not only on our health and quality of life, but on business and the economy.”

‘Overqualified’ does not necessarily mean ‘smart’

How companies are leveraging technology to build candidate relationship