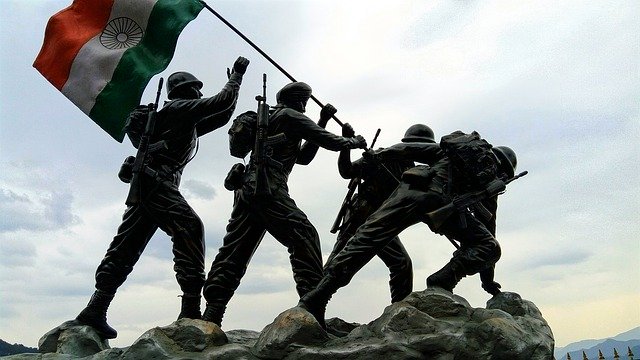 Veteran hiring is emerging as a major trend in the BFSI sector. Religare Health Insurance has also joined the likes of Wells Fargo, UBS, Goldman Sachs, and most recently, Amazon and Microsoft, to offer employment opportunities to retired officers of the armed forces.

Having very recently kickstarted its veteran hiring programme, a pilot project as of now, Religare Health Insurance is hiring 40 to 45 retired defence personnel, to take on various roles within the organisation in its top 10 locations in the country.

The idea of hiring people from the armed forces came from a board member in the Company who is himself a former army officer. The management found the idea interesting and was keen to go for a pilot project.

These defence personnel will be mostly given leadership roles, where they will have to manage teams to achieve targets. The Company has chosen to keep the hiring and induction process for the veterans the same as that for any other employee in the Company.

The selected candidates will work in areas, such as sales, services, strategic roles and also the claims department.

Before starting this pilot project, the Company had undertaken a study to see where the skills and talents of these veterans can be put to best use within the organisation.

After some research, Religare Health Insurance found that defence personnel are most suited to the agency channel, because this includes handling a large network of insurance agents.

“In the agency channel, there is a need to not only figure out how many agents are required, but also manage a large network, which a defence personnel knows exactly how to do,” says Sanjeev Meghani, head of human resources, Religare Health Insurance.

The Company believes that veterans can also be a great asset when it comes to handling the bank insurance channel, as it involves interacting with very senior employees in the banking sector.

“Veterans are adding great value to our Company. Not only are they very punctual, but they put in that extra effort to achieve their targets and always meet their deadlines. They bring discipline to the organisation and can be trusted blindly with any work”

“Generally, most of the GMs of various banks are very experienced and aged. They prefer dealing with mature people, and an army veteran fits the bill perfectly,” shares Meghani.

Apart from this, the Company has hired many veterans in the claims department, where investigation of fraud claims is the main work.

The Company is not only hiring from different defence forces, such as the Army, Air Force and Navy, but also from different departments. For instance, Religare Health Insurance has recruited army doctors as well in the claims department.

The Company is reaching out to these veterans through various channels, such as LinkedIn and referrals. It also obtains quality candidates from the Army Officers Seva Kendra, where the Army maintains a record of all the retired and commissioned officers. Each regiment in the Army also maintains similar records.

These establishments help the Company to reach out to retired personnel.

“Veterans are adding great value to our Company. Not only are they very punctual, but they put in that extra effort to achieve their targets and always meet their deadlines. They bring discipline to the organisation and can be trusted blindly with any work,” claims Meghani.

By early next year, the Company will wrap up the current phase of hiring veterans in Delhi NCR, Pune, Ambala, and other locations. It is also planning to increase the bandwidth of this project in 2020.

200 laid off at bike-sharing platform, Bounce

ACCA to hold career fair for finance professionals on Sept 29