Sony India has had to let go approx. one seventh of its workforce in the country. This means, about 120 employees have been rendered jobless across functions. The Japanese electronics company has been struggling with poor sales of television sets. Availability of cheaper Chinese models in the market these days is only making matters worse. While some feel about 200 employees have been asked to leave, Sony India denies the figure.

India’s television market has been witnessing a slump of late, with sales falling two per cent each in the last two years. Surveys have revealed that consumers these days prefer to stream content on their smartphones instead of going for a television set. The expansion of the market has also slowed in the last few years. The expansion was 22 per cent in 2015, 17 per cent the following year and only three per cent in 2017.

In a bid to cut costs, the Company is merging certain branch offices and redundant roles. The Surat and Ahmedabad branches have been merged and so have the Gurgaon and Delhi branches.

Catering mainly to the upper and upper-mid segments of the market, the Company is now re-hauling its business strategy and human resources to ensure more agility, efficiency and long-term stability.

The downsizing process will be handled in a very dignified, sensitive and responsible manner as per a Company spokesperson. Quite recently, Sony India’s business head also quit the Company, but this was a voluntary resignation and not part of a downsizing strategy.

The Company faced a revenue dip last year, for the fourth consecutive year. 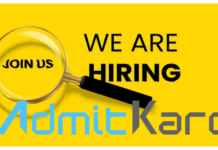