Pratima Deka, wife of an irrigation department employee who passed away about six years ago, had filed a plea saying that she was eligible for family pension post her husband’s death, for herself and her three children. However, her plea was contested by Golapi Deka, who happens to be the deceased Biren Deka’s first wife.

The Gauhati High court observed that since the Hindu Marriage Act does not accept bigamy, the second wife cannot be recognised, and therefore, she cannot claim pension. The deceased employee was a Hindu and so are his wives.

The High Court pointed out that as per the Hindu Marriage Act, a man cannot have two wives. Also, a second marriage while the first wife is still alive is an offence as per the Indian Penal Code and reason for divorce.

Therefore, the second wife of Biren Deka cannot claim family pension, as the first wife is still alive and has not been divorced by the deceased.

Bigamy is considered an offence not just as per criminal law but also under the Hindu Marriage Act (HMA), Section 17, which clearly states that a marriage between Hindus is considered null and void if on the date of such marriage, either party has a husband or wife who is alive. Entering into such a marriage is punishable under Section 494 and 495, of the Indian Penal Code (IPC). 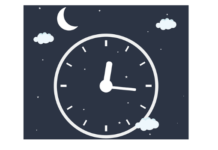 Karnataka implements rules for crèche facility as per the Maternity Benefit...

No overtime for employees without their consent