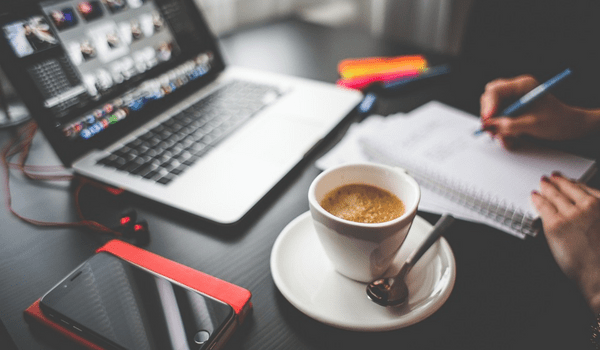 Are your employees increasingly taking leaves due to some pain or the other? Have you noticed your team members complaining of frequent headaches, neck pain and back pain? Did you know that a significant 76 per cent of employees complained about work-related musculoskeletal disorders (WMSDs) while working from office? A whopping 82 per cent of employees are concerned about body pain while working from home. Factors such as sedentary postures, absence of ergonomic remote workspaces, and prolonged working hours definitely aggravate WMSDs in those working from home.

That means, whether your employees are working from office or from home, they have all probably experienced, or are experiencing or will soon experience WMSD, if no action is taken. Employees in the age group of 26 to 40 are the worst affected.

If your employees are suffering from physical pain, it is a serious health issue, which should not be left unresolved. If left untreated for long, their condition is bound to deteriorate, subsequently leading to a loss of efficiency for the employees and loss of productivity for the organisation.

What are the causes of WMSDs?

The Centers for Disease Control and Prevention describes musculoskeletal disorders or MSDs as injuries or disorders of the muscles, nerves, tendons, joints, cartilage and spinal discs. The conditions at work, the workplace environment and the tasks performed at work are known to significantly worsen MSDs, especially if they persist for a long time.

Work-related musculoskeletal disorders (WMSDs) are caused by several risk factors in the office environment. The three most common risk factors causing discomfort in employees at the workplace are:

Mere application of muscle relaxants or popping of painkillers or even taking a few rest breaks does not resolve such problems.

Why is it worrisome?

Well, a study by Godrej Interio reveals that almost 12 per cent of employees took an average of 1–3 days of leave in the last six months alone due to WMSDs and body pain! So, yes, WMSD can have a significant impact on the productivity of your workforce. That is reason enough for organisations to sit up and take notice.

Sitting for such long hours and putting in extra time is bound to lead to stress and put strain on the musculoskeletal system. After all, not everyone takes a postural break every one hour. It was found that only six per cent office goers took a postural break at the recommended interval of one hour. About 30 per cent sat for two to three hours at a stretch, while 15 per cent spent over four hours at a stretch in trying to fulfil their responsibilities at work!

That is not all. About 40 per cent office goers sit on inappropriate work chairs, while 56 per cent of workstations are not illuminated enough, causing strain to the eyes. A whopping 87 per cent of laptop users and 60 per cent of desktop users reported musculoskeletal pain. Fifty per cent of those surveyed complained of neck, shoulder and elbow pain due to lack of integration between their chairs and work desks.

That means, employees are not aware of the appropriate posture for work, the importance of postural breaks, the need for correct work-tool interaction and the right furniture for work-from-office.

Structured ergonomics training is the need of the hour

Human beings are meant to be active. Their bodies are designed for activity. Therefore, sitting for long hours increases the risk of heart disease, diabetes, strokes, high blood pressure, and cholesterol, which affects the overall well-being of employees. Therefore, employee awareness is the first step in dealing with WMSDs. After all, employees cannot be expected to take appropriate corrective action unless they have been educated about incorrect postures and their effects.

Some of the data revealed by the study is rather alarming. A good 50 per cent of employees use laptops for a minimum of 6–7 hours a day. Eye strain, finger pain, backache, neck pain, and sleep disturbances have been linked to continuous and excessive use of gadgets.

Sixty per cent of employees remain physically inactive during work hours. Many studies have proven that physical inactivity is a cause for WMSDs among employees, which adversely affects productivity and employees’ quality of life. What is worse is that an alarming 95 per cent of the employees are unaware of the ill effects of maintaining a static posture. Nearly 45 per cent reported a tingling sensation in their arm, shoulder, or hand due to excessive and prolonged usage of gadgets.

When employees continuously operate their smartphones, hand-held devices, or laptops at a height without a keyboard, they tend to develop repetitive strain injuries.

The survey reveals that the remedial measures taken by the employees for their aches and pains ?medication, rest breaks and application of ointments ? only help to manage the symptoms or give temporary relief. These measures fail to address the root cause.

There is an urgent need for structured ergonomics training to minimise the risk of WMSDs amongst office goers to ensure their long-term wellbeing.

Professionals using display screen equipment or DSE need to be educated in a systematic and informed manner so that they become aware of the benefits of implementing office ergonomics principles.

In the long run, employers may have to pay heavily and incur losses due to increased level of absenteeism, drop in productivity, as well as increased health care, disability and workers’ compensation costs.

Samsung India gets BITS Pilani to upskill employees at its R&D...