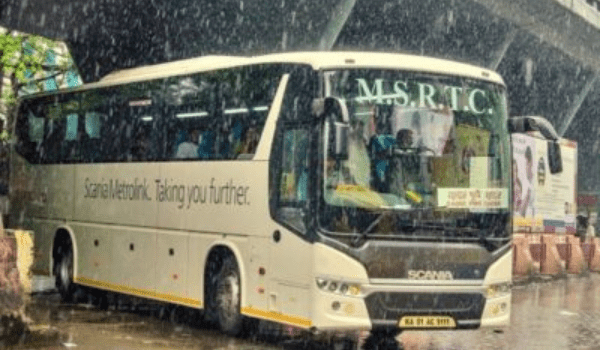 Maharashtra State Road Transport Corporation (MSRTC) staff have been on strike since October 27. All 250 depots of MSRTC have been shut for a long while now, since majority of employees have refused to get back to work. Today, their strike has entered its 19th day.

On November 12, about 1,532 of the employees returned to work and 36 buses became operational across the state, despite the unions having asked them to stay off work till the management agrees to all their terms. However, the number of people who have agreed to re-join work is extremely low as compared to the total number of staff on the rolls of MSRTC. As of now, MSRTC employs about 93,000 and runs a fleet of 16,000 buses across the state of Maharashtra.

The MSRTC buses were operating on various routes including Mumbai-Satara, Dadar-Pune, Swargate (Pune)- Thane, Nashik-Pune, Nashik-Dhule, Solapur-Akkalkot and Rajapur -Burumbewadi. The Pune Station-Dadar route saw the maximum number of seven buses operating. It was reported that about 850 passengers travelled in 36 buses that on November 12.

Though there are faint traces of normalcy appearing, with some employees getting back to work, other protesters continue to sit on strike as all 250 depots in the state remained shut. On November 13, two men also tried to commit suicide in front of the Maharashtra secretariat building. They tried to pour kerosene on themselves but the police guards were quick to act and foiled their attempt to set themselves ablaze. They were soon taken into custody.

The protesting staff of MSRTC have been demanding the merger of cash-strapped MSRTC with the state government so that they would start getting salaries on time and also enjoying the benefits that a state government employee enjoys.

The losses incorporated by MSRTC have risen to Rs 12,000 crores. Yet, it was able to pay the salaries of last 18 months to the staff by taking financial assistance of Rs 3,549 crore from the state. The officials have been assuring the protesters that they will continue to pay them and have been requesting them to re-join their duties immediately. The officials had to go to the extent of suspending over 2000 employees in retaliation.

Commuters have been facing difficulties and as per officials, MSRTC is making a loss of Rs 12-15 crores every day due to this mass strike.

Pay reversed from EY staff accounts, due to error