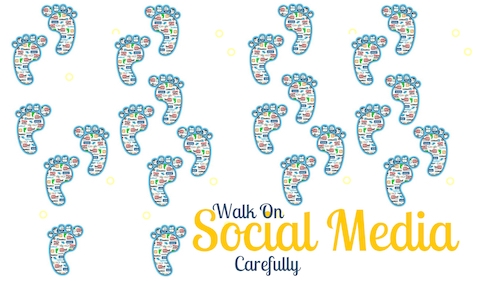 Even while the Government under Narendra Modi is considering making the UPA’s guidelines more severe, the Assam Government has already created a draft policy proposing that all government employees should eschew any sort of political discussion on social media in their official capacity. The policy also suggests that they avoid speaking in favour of or against any individual or agency on social media.

Feedback has been invited on the draft, which is uploaded on the government website, by September 15.

The draft policy is based on the ‘Framework and Guidelines for Use of Social Media for Government Organisations’, which was brought out by the UPA government six years back. This policy designed under the leadership of Manmohan Singh, suggested avoiding politicisation of professional discussions. The Assam Government’s version, however, appears to be more rigid—it altogether bans political discussions. It allows employees to personally respond to queries and comments ‘unofficially’, provided they clearly reveal their identity. The policy bans government officials from revealing or sharing confidential information and representing official view unless they have the sanction to do so.

Two years back, the Central Government had banned all officials and civil servants from criticising the government on Facebook, Twitter, WhatsApp and other social media platforms.

The Assam Government, under Chief Minister Sarbanand Sonowal has gone a step further by making it clear that absolutely no criticism against the government on social media will be tolerated.
In May, a teenager from Golaghat was arrested twice following complaints against him by BJP officials. The accused had apparently uploaded a video on YouTube, which made fun of the chief minister, finance minister and other BJP officials in very offensive language.

A Congress worker was also detained for uploading certain images of BJP-AGP MLAs and other government officials in social media accusing them of consuming beer at an official meeting. At the time, the police had been accused of delayed action or lack of promptness in dealing with such cases that adversely impact public harmony.

In 2017, the police had detained Parimal Gore, a representative of the Revolutionary Youth Association, which is the youth wing of the Communist Party of India (Marxist-Leninist) Liberation, from his home in Biswanath district for using social media in a way that disturbed communal harmony. Gore had shared a post on his Facebook wall criticising Sonowal and Samujjal Bhattacharya, the advisor of the All Assam Students’ Union (AASU). He was apprehended following a complaint by AASU.

Such detentions are common in the State, even though the Supreme Court had scrapped Section 66A of the IT Act, 2000 in 2015. The Act authorised the police to apprehend anyone who was found to be posting offensive news on social-networking sites, as it was considered to be unconstitutional. The Court had then ruled that what is offensive to one person may not be so for another.

Social media guidelines have been issued for employees by other states also, in the past. In December, last year, the Jammu and Kashmir government forbade its employees from criticising government policies on social media. It also banned them from using their personal social media accounts to react or speak in favour of or against political figures. In July, the Central Government commenced an inquiry against the Kashmiri bureaucrat Shah Faesal, for his Twitter posts, which went against these rules.

Some Jet employees cling to hope, while one commits suicide