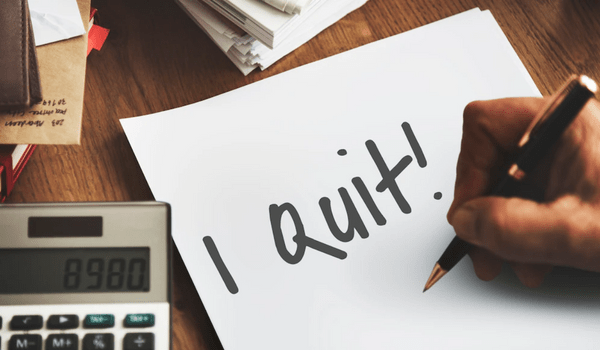 A Reddit user recently shared an experience of trying to quit his job, but facing difficulty when his employer did not accept the resignation. This incident sparked a dialogue between the employee and the company.

The user, ‘u/WorthlessFloor7’, posted on the ‘anti-work’ sub-reddit, and shared a screenshot of the response he received after he submitted his resignation letter.

The Reddit user shared that he attempted to quit his job but was told he couldn’t. He also posted a screenshot of the response received from his employer in which the company states that the employee is obligated to remain committed to the company for at least one more year.

“Tried to quit my job and they said no,” states the Reddit user, ‘u/WorthlessFloor7’, attaching the screenshot of the official mail from the company.

In his response, the employee responded that as an ‘employee at will,’ they have the right to terminate their employment with a 4-week notice.

After the threatening incident, the employee posted another update, that the company announced him as the ‘Employee of the Year’.

The image posted by the user received a lot of attention and many responses. One Reddit user wrote, “Read your contract. They might have put something in there as some sort of penalty if you leave before a year. Granted, normally it’s forfeiting a sign-on bonus (or something similar), but they can’t force you to work for them.” Another user suggested, “Now have all of your co- workers follow in your footsteps.”