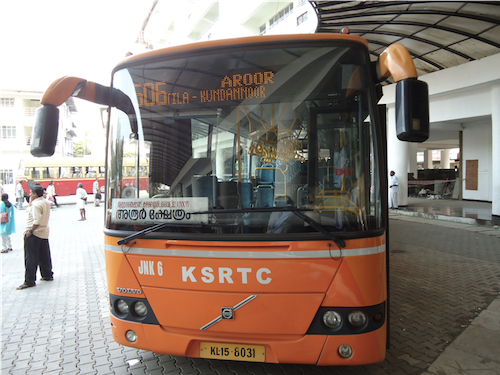 In a report to the ruling committee, the Kerala State Road Transport Corporation (KSRTC) management claims that there aren’t sufficient finances to sustain the temporary staff, while there are 265
permanent staff, who are not actually required.

183 of the permanent employees were positioned in workshops in various districts, while the remaining 265 still continue in the regional workshops.

Once the depots absorb these 265, the temporary staff existing there will have to go. About 134 temporary blacksmiths and nine upholstery workers were held back. When there is a demand for more workers, they will be considered. Those possessing driving and conductor licenses will be appointed temporarily in those posts.

As per the recommendations of the Prof. Sushil Khanna Committee, the ratio between bus and staff has to be reduced from 9 to 5. This cannot be accomplished without reshuffling the permanent staff.

However, KSRTC claims that there is no truth in the news that 2173 temporary staff will be removed. In the past four months, 1175 employees have been appointed temporarily to drivers’ posts, from the PSC list.

The employees of KSRTC will receive their bonus on Monday. The eligible staff—numbering 5360—comprise those who earn less than Rs 21000. The Government has allotted Rs four crore for this purpose. Salary advance had not been distributed this time owing to the financial crisis.

Minimum wages as fixed by Delhi Government to hold till further...