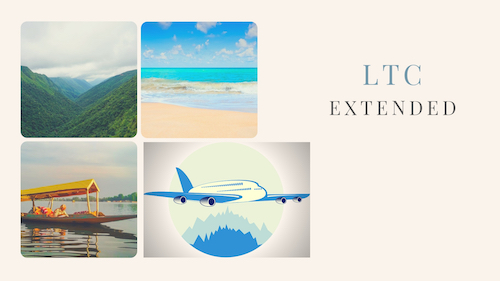 There is good news for Central Government employees, who have been demanding a raise beyond what was recommended by the 7th Pay Commission. The LTC benefits have been extended for a period of two years, which allows them to undertake flight journeys to the North East, Jammu & Kashmir as well as the Andaman and Nicobar Islands from September 26, 2018 to September 25, 2020.

An official order to this effect came from the Department of Personnel and Training (DoPT).
The LTC benefits for the Central Government employees was extended once earlier in 2014.

The 7th Pay Commission had recommended the retention and rationalisation of the Leave Travel Allowance (LTC), which is intended to facilitate the Central Government employees’ travel to their home town as well as to different parts of India.

The Commission had noted the increase in the demand for frequency of LTC, especially for ‘All India’ visits and to foreign countries. The 7th Pay Commission’s recommendations were as follows:

· Extending LTC to include foreign countries does not fall within the scope of this Commission.

· Splitting of hometown LTC should be permitted in case of employees posted in North East, Ladakh and the Island territories of Andaman, Nicobar and Lakshadweep, so that they are able to meet their families more frequently.

· The granting of one additional free railway warrant for all defense personnel who serve in field/high altitude/counter-insurgency (CI) operations areas, should be extended to all personnel of the Central Armed Police Force (CAPFs) and the Indian Coast Guard.

· The facility of additional LTC should be extended to the Service Selection Board (SSB) personnel too, at par with other CAPFs.

· No hometown LTC is allowed to Railway employees. They will be granted only “All India” LTC, once in four years.

· All passes for the current calendar year will have to be surrendered for the grant of LTC.

· If an employee has already availed a pass in a particular year, then LTC will not be permitted in that calendar year.

· If both spouses are Railway employees, then it is enough for any one of them to surrender the passes.

Employees of FloraCraft to receive $20,000 as bonus