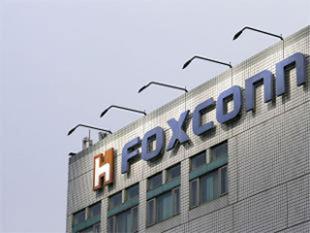 Demonetisation has hit business operations and jobs across sectors. However, it seems manufacturers are the worst affected, be it textiles or telecom. The mobile phone sector is facing such a huge slowdown in business that Foxconn, the electronics contract manufacturer has apparently sent some of its workers either on paid leave or has put many on the bench.

As per media reports, Foxconn has asked a quarter of its 8,000 factory workers to proceed on paid leave for two weeks as the production has been slashed by 50 per cent. The company that makes devices for Xiaomi, Oppo, Gionee, Infocus, Nokia, Micromax, etc. is facing challenging times as a majority of the mobile phone purchases are made through cash and the current note ban and cash crunch has severely affected sales.

Foxconn has apparently kept nearly 1,700 of its workforce off work. While these workers will get paid, the number of days would be deducted from their earned leaves. Benching may also seemingly continue if production — directly related to consumer demand — does not come to the two million a month level by January.

At the same time, it is speculated that mobile phone companies such as Intex, Lava and Karbonn may also be planning to cut around 10 per cent of their workforce as inventory is piling up. As per some reports, Lava is shutting down its plant. On the other hand, if certain reports are to be believed, Karbonn may fire 1,200 to 2,000 people soon. Micromax has already slowed production in its Rudrapur and Telangana facilities.

How this graduate’s creative resume landed him an internship at GQ...

Central Government employees can accept gifts worth up to Rs 5000