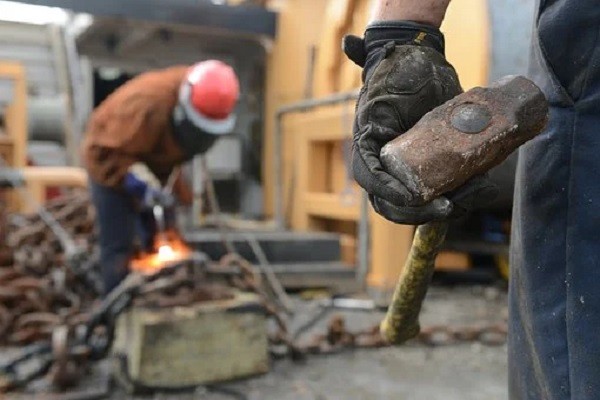 The proposed Industrial Relations Code Bill 2020, seeks to give more flexibility to industrial establishments to employ or fire workers without Government approval, if they have a workforce of up to 300 workers. The present limit is 100 or more. However, it is also proposed that workers will have to provide a 60-day notice before going on strike. They can only go on strike two months after facing proceedings before a Tribunal or a National Industrial Tribunal.

These alterations were suggested in the Lok Sabha on September 19, when the The Code on Social Security, 2020 as well as The Occupation Safety, Health and Working Conditions Code, 2020, were introduced by Labour and Employment Minister Santosh Kumar Gangwar. These Bills are expected to make the Labour Laws more simple and benefit the over 50 crore workers in India across the organised and unorganised sectors.

Henceforth, owners of industrial establishments with up to 300 workers need not obtain a standing order from the Government if they wish to lay off workers. This flexibility to employers will also give less rights to workers to protest or go on strikes.

However, standing order will be required to lay off workers by any industrial establishment wherein “three hundred or more than three hundred workers, are employed, or were employed on any day of the preceding twelve months”.

While states where this has been implemented have experienced an increase in employment, according to experts, this proposal will only lead to establishments introducing random service conditions for their workforce. The employers will enjoy too much flexibility to take on or dismiss workers citing financial inability or accusing them of inappropriate conduct, which will throw any sense of job security for the workers out the window.

It is also proposed that workers will have to provide a 60-day notice before going on strike. They can only go on strike 60 days after facing proceedings before a Tribunal or a National Industrial Tribunal.

Currently, only people working with public utility services— water, electricity, natural gas, telephone and other essential services — are required to give notice within six weeks’ before going on strike or within 14 days of serving such a notice.

A reskilling fund has also been proposed wherein the primary contribution will be made by the employer, equal to 15 days’ wages last drawn by the worker before layoff. However, which other sources will contribute to such a fund is not clear.

Changes have been suggested to expand the social security of migrant workers and redefine ‘workers’ to make it more inclusive of inter-state migrant workers. The Occupational Safety, Health and Working Conditions Code defines inter-state migrant workers as those who have come from one state, of their own accord, and found work in another state, which is giving them an income of up to Rs 18,000 a month. The suggested definition distinguishes between the present definition of only contractual employment.

Earlier the Code provided for temporary lodging for workers near worksites, but this has been dropped. However, a travel allowance of a lumpsum amount has been proposed towards fare for the workers’ journey to and from their hometown.

Setting up of a National Security Board has been suggested by the Social Security Code, to give recommendations to the Central government for rolling out relevant schemes for unorganised, gig and platform workers. Aggregators who hire gig workers will have to contribute one to two per cent of their annual turnover for social security. The total contribution should not go beyond five per cent of the amount payable by the aggregator to gig and platform workers.