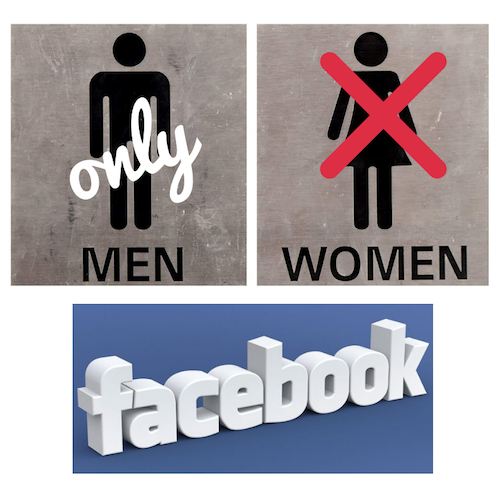 Is it fair to encourage the trend of allowing certain recruitment ads on social media to be visible only to a specific gender or class? This is exactly the question to which an answer is being demanded of Facebook. It has been found that the social networking platform has allowed advertisers to target men in particular, by making certain job ads invisible to women. This is a serious offence considering that in 1973, the US Supreme Court had declared it illegal for employers to take out gender-specific job ads in newspapers.

An investigation by ProPublica, a non-profit organisation devoted to working in the interest of the public, has revealed that Uber is one among 15 organisations that have posted recruitment ads on Facebook exclusively for men. Out of 91 Uber ads, there was only one that was visible exclusively to women, while three were not targeted at any particular sex. Other offenders include a truck company, which went to the extent of targeting men who were keen on college football in particular. One ad addressed women applicants for the post of nurses, shutting out male applicants altogether.

The Equal Employment Opportunity Commission has stepped in to investigate Facebook’s ad posting practices, following a complaint filed by the American Civil Liberties Union (ACLU), the Communications Workers of America and the firm Outten & Golden LLP. Ten organisations have been named in the complaint, which have advertised jobs specifically to a male audience. The complaint argues that Facebook itself has broken the law by being party to publishing these ads.

Facebook, of course has defended itself with its spokesman stating that discrimination has no place in its policies, and that the Company will state its defense after reviewing the complaint.

Interestingly, last year, Facebook had admitted to targeting recruitment ads at specific age groups and gender, justifying that they did not tantamount to discrimination. On other occasions, Facebook has responded to suits stating that it is not answerable for the contents posted on its platform by its users, advertisers in this case. Looks like the popular social-media platform has a lot of explaining to do!