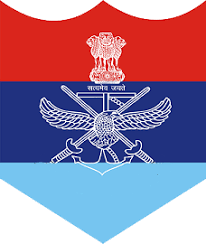 The demand of the Armed Forces to raise the monthly military service pay (MSP) from Rs 5,500 to Rs 10,000 has been rejected by the Government. Approximately 1.12 lakh military personnel including 87,646 JCOs and 25,434 personnel of equivalent rank from the Navy and the Indian Air Force, will be impacted by the decision. Had the demand been accepted, the total annual financial outgo would have been Rs 610 crore.

The MSP, which was introduced to recognise the unique service conditions and hardships of the military personnel, currently has two categories — one for officers and another for JCOs and jawans.

The monthly MSP fixed by the 7th Pay Commission was Rs 5200 for JCOs and jawans and Rs 15,500 for officers between lieutenant and brigadier ranks. The demand for higher MSP for JCOs was based on the fact that they were gazetted officers (Group B) who have a significant role to play in the force, and that it would be unjust to treat them as jawans.

The decision has disappointed the Army headquarters, and an immediate review is expected to be sought of the issue, which had been put forward to the defence minister as well as the three services.