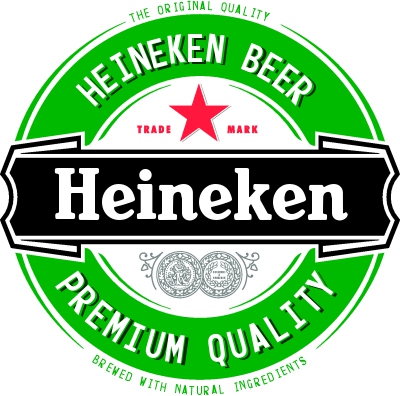 The new ad-like campaign with a playful, personal touch presents Heineken as the company and not just the brand.

How do most recruiters generally assess a job applicant’s personality type? – Psychometric tests is what you’d guess. Well, yes! This is what most do. However, Alfred Henry “Freddy” Heineken, the popular Dutch businessman, known for Heineken International, had a unique way of testing his top potential talent’s personality. He had an interesting final interview —quite different from what anyone would ever think or do in the corporate world today. He used to invite the candidate and his wife—not too many female candidates at that time—for dinner!

As the candidate seated himself, he would get a staged call from the HR department, requesting critical documentation. As Freddy’s chauffeur drove the candidate away, Freddy would grill his wife to find out who this guy truly was. It was because Freddy was always aware that even with someone possessing all the right skills and experience, the personality mattered as much.

Although that was years ago, HR of the day was still seen as stuck in the shackles of its usual bookish and boring processes, until Heineken took cues from Freddy’s unique approach and decided to roll-out a campaign that’s cool and funky, yet touches all the right notes in showcasing the culture of the company while assessing candidates.

Aimed at recruiting a new generation of employees, the campaign looks to convince them of its global influence and shake off the perception that Heineken is only made up of ‘one brand’.

The newly-released HR campaign of the Dutch brewing company is no less than a cool consumer ad. The recruitment campaign has been launched across 15 different markets, with an aim to present ‘Heineken the company’, and convince potential employees that it is ‘more than just the Heineken brand’.

Aimed at recruiting a new generation of employees, the campaign looks to convince them of its global influence and shake off the perception that Heineken is only made up of ‘one brand’. The digital ‘Go Places’ campaign is a manifesto film, in which the brewer seeks to convince viewers ‘that the company is like no other’. The funkiest part of the ‘Go Places’ campaign is its interactive element called ‘The Interview’, in which the online presenter looks to determine the participant’s personality through 12 questions that need to be answered in three to five seconds each. Based on the Enneagram model, the results provide a personal profile, which must be sent along with one’s résumé when applying on LinkedIn.

The campaign very innovatively showcases Heineken as not just the Heineken brand but a company that entails 250 other brands and operates across 70 markets. In addition, ‘The Interview’ beautifully and very engagingly captures the thoughts, beliefs, motivators, preferences and personality types of the candidates. The interview is so captivating that while gauging a candidate’s personality type it also offers an amazing glimpse into the company culture. The witty, short video or the ‘manifesto’ as they call it, also suggests that it is very crucial for the company to hire people with the right personality type.

Making the whole activity relevant to different cultures, the ‘interview’ modifies to include smart localisations. This also shows that the campaign has been designed with meticulous attention to detail. On close examination, everything from the interviewer’s clock, which shows the local time, to the beer and food he flashes before the candidates, changes depending on the location from where they are taking the interview. For example, Indians will see Tiger beer which is from the Heineken Asia Pacific Breweries. On completing the interview, one can view the results and then go to the company’s LinkedIn page to apply for the job that suits them best.

Apparently, the company has a low staff turnover rate, which is indicative of a great work culture, but at the same time also requires them to think about ways to bring in fresh talent, which is why the campaign has been planned and executed.

The campaign presents Heineken as the company and not just the brand. It features actual Heineken employees giving it a playful, personal touch. This is in fact, the first time HR has taken a marketing kind of route to attract applicants and present an employer brand. One can take ‘the interview’ at the ‘Go Places’ site of Heineken. A work of creative studio, Cloudfactory, the campaign will run across Facebook and LinkedIn.